You may criticize Nico Rosberg as a driver, or you may even not like him, but he is the current Formula One world champion, and he will definitely leave the Mercedes-AMG Petronas fans wanting for more.

Nico Rosberg ended 2016 at number one spot with 385 points, which he gathered by winning nine times, standing on the podium for 16 times, having 8 poles and 6 fastest laps. In 2015 and 2014 he was almost as successful as last season as he earned 322 and 317 points respectively. He announced the retirement after he had secured the F1 title.

The video you can see down below is recorded by Rosberg, after the retirement announcement. Like him or not, but he had definitely earned the credibility to take some selfies and enjoy in his championship-winning W07 Hybrid race car. He has done so much for Mercedes that they would allow him even to live-tweet while driving if he was willing to do that.

The 2017 Formula One season will start on March 26h with the first race in Melbourne, Australia. Instead of Rosberg, we are going to watch the former Williams star Valtteri Bottas behind the wheel of Mercedes’ car. Bottas already signed a contract with Mercedes-AMG, and he will be a replacement for the world champion.

In 2017, Valtteri Botas will be driving side by side with the three-time champion Lewis Hamilton. Once again, even without Rosberg, Mercedes is considered to be a title contender, and we are sure that the 2017 season will be as fun as this one. Until the new season starts, take a look at Nico Rosberg driving and taking selfies in his car. 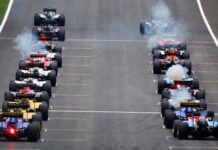 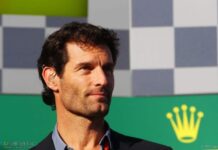