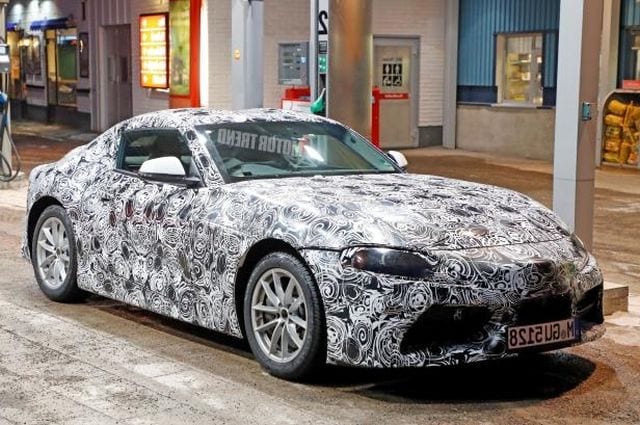 To all of those who follow the latest happenings regarding the all new 2017 Supra, then the fact that the Supra official unveil is nearing, shouldn’t come as a big surprise. But what might surprise you a little are these new spy shots that probably show the sports car in its production ready heavily disguised body.

Apparently, the spy shots of this Japanese prototype wonder was caught during the gas break in Germany, which is not surprising because the Supra is a sister car of the BMW Z5. According to some online writing, the engines compartments for these non-identical twins will be filled with four and six-cylinder units. As far as it goes with the body style and looks, the Supra is planned as a coupe, while the Z5 will be a roadster.

What can be easily expected is that the top-trim Supra will boast with a new turbocharged V6 unit which is capable of delivering around 400 HP, and one more thing is easily predicted (due to Toyota’s gas-electric reputation), and that is the fact that it will also offer a range-topping hybrid powertrain. This is also expected at the BMW and their new Z5 especially because of the BMW’s more recent hybrid dedication. What should gladden some of you is that this new Supra is just one piece of the more elaborate Toyota sports car puzzle, and it is the one which aims to make a great return of the go-fast glory the car maker enjoyed in the 90s.

According to some reports, Toyota is trying to bring back the times when their showrooms gave spotlights to great models like Celica, the Supra, and the MR2. With the introduction of the GT86 which currently is the first of these, the last one that Toyota will introduce might have a mid-engine proposal. Since Toyota plans to unveil all three models at the same time, we can expect to see the first prototypes of the MR2 replacement sooner than we expect. 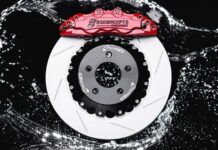 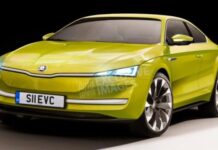 Skoda’s New EV Sports Car Is In The Works 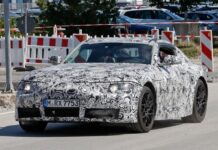