Car lovers rejoice! Nissan decided recently to tease us a bit by releasing a photo of their second-generation LEAF. This vehicle will make its debut on September 6 in Japan.

This all-new electric hatchback will bear a ‘Zero Emission’ badge on the back, and it will have a redesigned and more angular taillights.

Unfortunately, we don’t have much on the new Nissan besides this photo since the company decided to keep quiet. There is no official word from the automaker about the redesigned LEAF and its specs however they do claim that this car brings with it ‘the most advanced technologies’ and ‘raises the bar for the electric vehicle market.’ These are some heavy promises.

When the company decides to be quiet on the matter, we have to turn to leaks for some help. We’ve learned that this vehicle will be more powerful than its predecessor since it runs on a 108kW/320Nm electric motor. What does that exactly mean? Well, that’s an increase, and it is a significant one. The current LEAF runs on an 80kW/280Nm unit, and it usually takes it some eight seconds or a bit more to hit 100km/h so according to this information we believe that the new EV will be faster.

Another aspect that is better is the driving range. Due to a more energy-dense 40kWh lithium-ion battery cell, we expect a far longer driving range. There is a possibility that its range between recharges will be double that of the current LEAF. Its new 30kWh battery can cover almost 250km before it requires recharging.

The company claims that they have done a lot of work regarding the design. This hatchback should look like an enlarged Nissan Micra, and it is said to have more advanced aerodynamics since the appearance of the car was inspired by an airplane wing in order to minimize drag and maximize the range at highway speeds.

Another interesting feature is the all-new e-Pedal feature. This driving option will allow drivers to slow down and accelerate using just one pedal due to heavy brake regeneration.

Among other innovations, we will see the new wireless charging feature which utilizes induction pads to charge the vehicle in lieu of usual plug-in cables, and there will be a ProPILOT semi-autonomous cruise control and a parking aid.

Unfortunately, there hasn’t been anything price-wise when it comes to leaks or rumors, but we don’t think that it will go up much from the previous model’s $39,990 drive-away price tag. The new LEAF will be available to buy in 2018 globally. 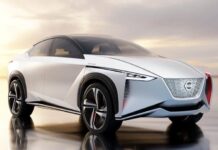 The 2017 Tokyo show brought us the Nissan IMx Concept with 600 km EV range! 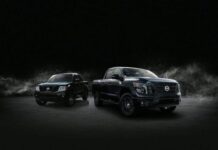 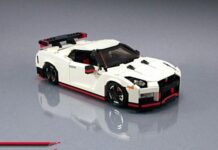