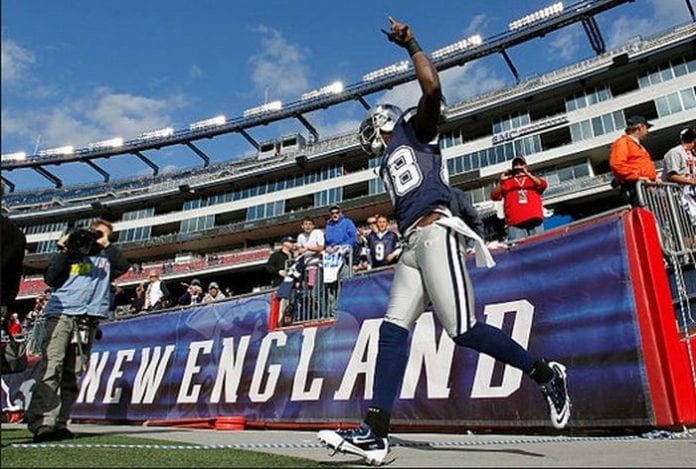 Dez Bryant and Jerry Jones met on Friday. The subject of the talk was Bryant’s future in Big D. Dez wasn’t asked to take a pay cut to his $12.5 million salary for 2018. He was simply released.

After few weeks of free agency, Cowboys look set at the wide receiver position. They landed Allen Hurns, and Deonte Thompson while Ryan Switzer, Noah Brown, Cole Beasley, and Terrance Williams are already on the roster. What was final straw for Bryant besides the competition, is that his salary has a cap hit of $16.5 million. Now that America’s Team cut him, they will save $8.5 million.

His game has been on the decline for last three seasons, and he will turn 30 this year. But, regardless of this suitors will line up for his signature. Here are three teams that will target Dez Bryant now that he parted ways with Cowboys.

A few days ago Patriots traded away their top WR Brandin Cooks to LA Rams. Now, they are on the market for another red zone threat to pair with Rob Gronkowski, and Bryant fits this description. Dez still has fuel left, and on shorter routes, he might be just what New England wants.

From Bryant’s perspective, Patriots are also a fit. He would be happy to join a Super Bowl contender. The chance to win this accolade after being released by Cowboys would help him rub some salt in Dallas’s wounds. Tom Brady would also better suit Bryant’s skills than Dak Prescott and Cowboys run-first offense.

Now that Jimmy Garoppolo is the starting QB in the Bay, the sky is the limit for 49ers. He has reliable receivers in Marquise Goodwin who provides speed, and Pierre Garcon who has safe hands and is an excellent route runner. Bryant would bring big body and leaping ability to the table. This WR trio would set NFC West on fire.

While some of criticism coming his way is justified, you can’t say that he’s not a red zone threat. His hands and vertical jump can still be unparalleled in the NFL. With Brady’s and Belichick’s disciple throwing the ball, Dez could pile up yards and TDs like before.

Falcons have Julio Jones, who is league’s premium receiver. But something is lacking when he gets in the end zone. His performance there is limited, probably due to the fact that he’s double-teamed more often than he’s not. They have Mohammad Sanu, but he’s more of a slot receiver.

Falcons have a fantastic quarterback in Matt Ryan, but behind two WRs mentioned above, they don’t have a third quality option. This is where Dez Bryant comes in. He would be a No2 receiver in Atlanta, but with a shot at SB, and with attention on Jones he would pile up stats like it’s 2014 all over again.