The never-ending battle between Chevrolet and Ford just got another chapter. Blue Oval couldn’t allow Colorado to prance around undisturbed and decided to launch their new/old mid-size pickup – 2019 Ford Ranger.

This vehicle returns to the US after years of hiatus. At the same time, Ford had it available in other markets. Australia, New Zealand, and Europe enjoyed Ranger on their roads while the North American market was eager to have it back in years past. One of the reasons why this model was discontinued in America is that its price matched the one of low range F-150, so it lost its share of the market to its older and bigger sibling. But thanks to its competitors, such as Toyota Tacoma and Chevy Colorado/GMC Canyon mid-size pickups became popular once again, and Ford needed to make a move. As a result, 2019 Ranger was presented at 2018 North American International Auto Show, and it will hit the market later in the year. 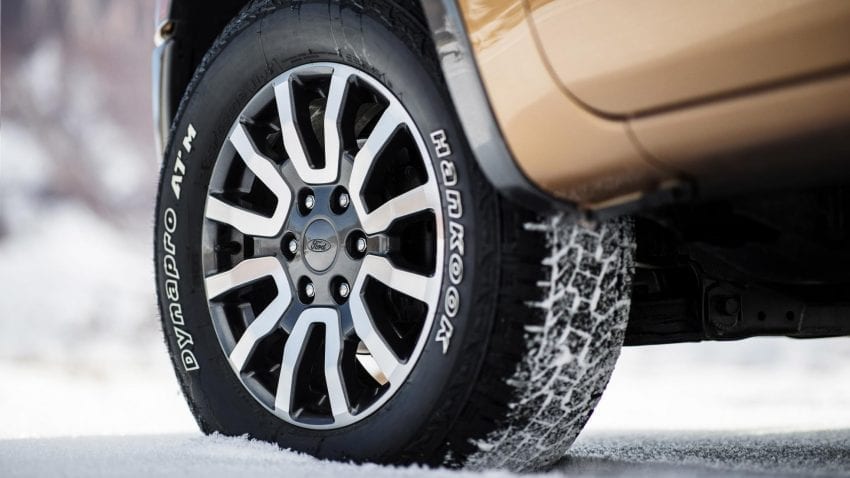 In months behind us, we have speculated about new Ranger and what it will bring to the table, and now Detroit Auto Show gave us all details we wanted to know. The power behind 2019 Ford Ranger lies in a 2.3-liter EcoBoost engine and a 10-speed automatic transmission. This gearbox is the first of its kind used in a mid-size truck. Ford’s executive vice president, for Product Development and Purchasing Hau Thai-Tang, stated that this unit has an efficiency of a four-cylinder engine, and torque figures of a V-6 powerplant. When paired with above mentioned 10-speed gearbox you get one of the most powerful and efficient engines in the segment.

Dana Trac-Lok differentials are used for both RWD and AWD models, and power is distributed through them and is available with electric-locking rear differential, which comes standard on FX2 and FX4 models. What makes it even more appealing is a true FWD system that has two high, four high and four low ranges available.

New Ranger will come in a Super cab, extended cab, or SuperCrew four-door configurations. The trim nomenclature will be same as on the other Ford trucks, and it will come in XL, XLT, and Lariat trims. The cabin will be able to accommodate up to five people. The central console is reserved for 8-inch touchscreen equipped with Ford’s SYNC3 system which is compatible with Apple CarPlay, Android Auto, and Amazon Alexa functionality. The instrumental panel consists of dual LCD screens through which you will be able to monitor all of the Ranger’s vital information.

For the off-road enthusiast, Ford will offer popular FX package. This package includes off-road-tuned shocks, all-terrain tires, a frame-mounted heavy-gauge steel front bash plate, frame-mounted skid plates, and FX4 badging. The Terrain Management System is borrowed from F-150 Raptor, and it comes with four different drive modes – normal; grass, gravel and snow; mud and ruts; and sand. The Trail Control system enables you to control power and braking on each wheel, which gives you more feel on the steering.

One automated system which is available on all trims is Automatic Emergency Braking. With XLT version you will receive Lane Keeping Assist, Lane Departure Warning, a Reverse Sensing System, and Blind Spot Information System. To include Pedestrian Detection and Adaptive Cruise Control, you will have to opt for Lariat trim.

With all of the above listed, it seems that new 2019 Ford Ranger has all the traits that we loved on the previous version, backed with improved technology. We don’t know about you, but as far as opptrends.com staff is concerned, we can’t wait to see and test new Ranger on the road.

Richard Orland - April 14, 2021 0
Trading with stocks is not complicated as some people might think. The system is quite simple when you want to buy or sell. The...

Introduction to Non-Fungible Tokens (NFT) Craze & Why They Matter

Benefits of Art Prints for your Home