Opptrends 2020
Home Technology Netgear Orbi Allows You to Spread WiFi Through Every Inch of Your... 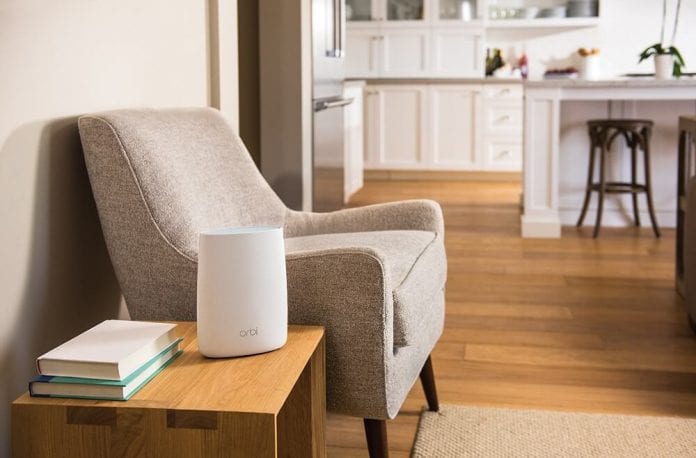 Now, Netgear has focused on finding ways to eliminate WiFi dead zones, and so they created Orbi, which is a WiFi system that promises to eliminate dead zones, at the cost of $400. Orbi also uses a tri-band mesh system, one of the three channels will be dedicated to extending the internet, while leaving the other two channels free for your own devices. Netgear claim that this net tri-band mesh system will help maintain your WiFi’s performance even as you connect more devices.

As you connect more devices to a two-band WiFi system it will consistently slow down, and that’s because they use the same connecting to talk to each other, while delivering data at the same time. With the Orbi’s tri-band system you will have a dedicated WiFi connection between the devices, Orbi will also leave you a 2.4 and 5GHz bands for connecting devices.

The $400 dollar basic kit consists of a router and a satellite to connect with the company allowing you to have coverage of up to 4000 square feet. Orbi is actually two products under the same name, one of which is the router while the other is a satellite device. If you do choose to go for the more advanced kit you will get a high performance Nighthawk router to speed things up.

Netgear’s product manager Brandon McIntyre stated that it has a very easy and fast setup, claiming that it should be up and running in 5 minutes. Also if you choose to purchase only one of the two devices you can do so for $249. The router can cover up to 2000 square feet while the bundle for $400 can cover 4000 square feet.