The stock price of Netflix, Inc (NASDAQ:NFLX) plummeted nearly 7% to $378.90 per share on report that Apple Inc (NASDAQ:AAPL) is in talks with Comcast Corporation (NASDAQ:CMCSA) regarding a partnership to offer a streaming television service using the tech giant’s set-top box.

According to the Wall Street Journal, the discussion between Apple Inc (NASDAQ:AAPL) and Comcast Corporation (NASDAQ:CMCSA) is still in the early stages based on information from unidentified sources. The report indicated that the tech giant wants to replace traditional cable set-top box and allow user to stream live and on-demand TV programming and digital video recordings using is $99 Apple TV set top box.

Apple Inc (NASDAQ:AAPL) is proposing to Comcast Corporation (NASDAQ:CMCSA) that its video traffic should be considered as a “managed service,” which will stream via an internet protocol format similar to a cable video-on-demand or phone service. This means that its service will travel separately from the more congested portion of its internet service reserved for the public. According to people familiar with the proposal, the tech giant is not requesting for a special treatment for video streams even if it is asking for a separate transmission for its video traffic.

He added that Netflix, Inc (NASDAQ:NFLX) will “pay the toll to the powerful ISPs” in certain cases to its consumer experience. Hastings pointed out that it is not paying for priority access against competitors, and it is only paying Comcast Corporation (NASDAQ:CMCSA) for interconnection fee. He also criticized Comcast for supporting weak net neutrality.

Given the significant decline of the shares of Netflix, Inc (NASDAQ:NFLX), neophyte investors are wondering about the risk associated with the stock. Netflix is considered among the momentum stocks given the rapid acceleration of its stock price. Over the past 52-week range, the stock price of the company climbed from $159 to $458 per share.

Currently, Smartstops.net, an equity risk management firm shows that the shares of Netflix, Inc (NASDAQ:NFLX) are at an elevated risk. Investors who received a risk alert from the firm and decided to pull back their investment from the company during its most recent period of elevated risk saved $19.24 a share as illustrated below: 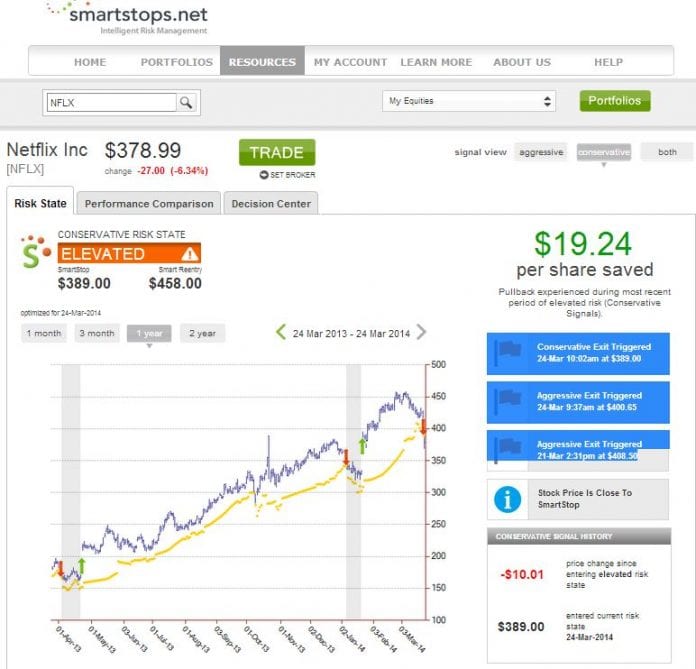 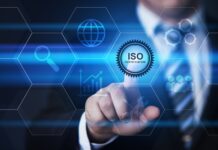 5 Benefits Of Using An ISO Consultancy