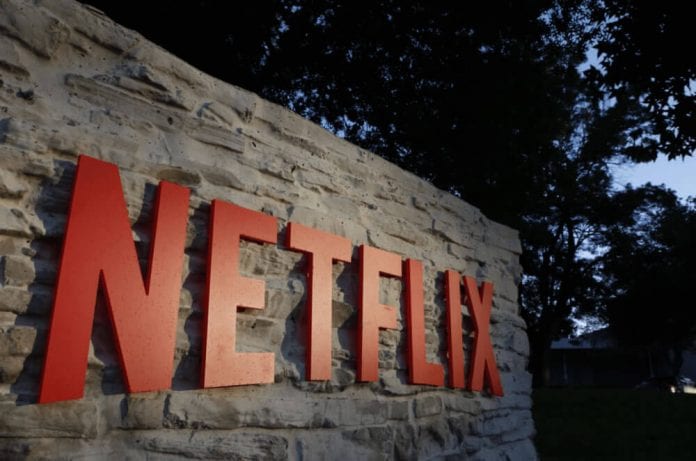 The board of directors of Netflix, Inc. (NASDAQ:NFLX) approved the proposed seven-for-one stock split, which would be effective on July 14, 2015.

According to the online video streaming company, the seven-for-one stock split would be implemented in the form of a stock dividend distribution of six additional shares of Netflix common stock for each outstanding share of common stock.

The shares of Netflix will start trading its post-split price on July 15. The company added that the any shares acquired between the July 2 record date and July 14 payment date will come with a “due bill,” which entitles the buyer to six additional shares for every share purchased.

The stock price of the online video streaming company closed at $681.19 per share, up by nearly 1%. Netflix shares climbed further during the extended hours trading to $698.50 per share, up by 2.58% around 4:52 in the afternoon on Tuesday. 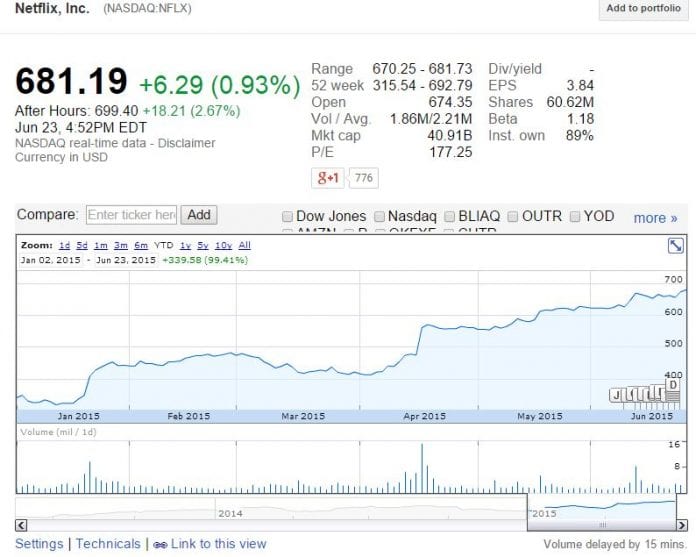 Netflix is leading the on-demand media streaming market in Australia, according to report from Roy Morgan Research. Data showed that Netflix’s number of users is ten times more than its closest rivals in the country.

Netflix has 1,039,000 subscribes in Australia as of May, up from 766,000 users in the previous month. The company’s closest competitors, Presto and Stan have 97,000 and 91,000 subscribers, respectively during the same period.

Tim Martin, general manager of Media at Roy Morgan Research commented that the battle in the on-demand media streaming market has been “one-sided.” He said, “Netflix’s dominance is clear.” He noted that the subscribers of Stan , Presto and Quiclflux also subscribe to Netflix.

Earlier this month, UBS analyst Doug Mitchelson said Netflix will continue to expand globally despite increasing competition from other players in the online video streaming market.  He increased his price target for Netflix to $722 per share from $600, and maintained his Buy rating on the stock.