The residents of Dubai and Abu Dhabi saw a mysterious flash of light in the sky a few days ago. That made people wondering whether they witnessed a meteor plunging or it was a UFO. However, it is none of these according to the experts who said that it was a discarded Russian spaceship broke up after it entered the Earth atmosphere.

There are numerous videos and photos which appeared only a few minutes after it happened and which shows the lights made up of several points of orange light in a straight line. One main point which is clearly visible is red. No sound was heard, while people posted videos and photos on the social media networks in hope to find answers.

One person wrote: “I saw what looked like a UFO flying real low and fast with a blaze of fire and sparks. Thought it was a plane on fire!” After the event, the Mohammed bin Rashid Space Center posted on Twitter that the mysterious light came from a “meteorite.” They tweeted: “Mohammed bin Rashid Space Centre confirmed that a meteorite has passed through the skies of Dubai.”

Meanwhile, the websites related to aerospace and Dubai Astronomy Group confirmed that the light came from Progress MS-07, the cargo spacecraft. Dubai Astronomy Group wrote: “Yesterday at around 19:30 UAE time, many people witnessed and captured images of falling space debris of the Progress module which is used to supply ISS (International Space Station) regularly. The view was spectacular and last for almost 80 seconds. The spacecraft disintegrated in the upper atmosphere and broke up into smaller chunks and burned like fireworks.”

The spacecraft was launched from Baikonur launch complex in Kazakhstan on Saturday, and it carried 2.75 tons of water, food, and equipment to the International Space Station. On its way back to Earth, it fell apart to pieces. 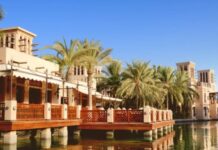 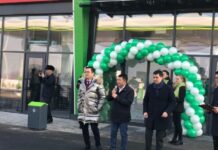 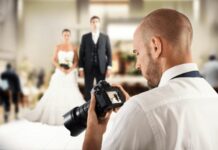 5 Reasons Why You Need A Professional Wedding Photographer