Game of Thrones Season 8 filming is well underway, and here and there new pictures from the set pop up. The latest photo that put internet in motion is depicting a mysterious figure in King’s landing.

With plot details from previous seasons leaking long before the episodes were ready to air, the fans are always on alert waiting for some new information to come their way. In order to get as much info as they can, many fans spend their time wandering around the sets of GOT Season 8. The picture that occupies the attention of a huge number of fans today is the one from the royal court set in King’s Landing which shows a man whose identity is unknown.

According to winteriscoming.net website, the figure is wearing a yellow high-visibility jacket and a white hat. The picture was first posted on Reddit with the following caption: “Picture I took of a set being constructed for an upcoming episode of Game of Thrones, just across from the Main Studio for filming. That ‘construction worker’ up there on the ramparts is just a dummy lol.”(sic)

Without knowing that this is a joke that Game of Thrones production team often does, many fans believed that the figure appearing on set would be a part of one of the episodes in season 8.

If you recall, GOT crew put a White Walker figure on the set in King’s Landing during the Season 6, which at that time put fans into a frenzy. Many fans started theorizing about impending WW invasion of Westeros capital. Which eventually didn’t happen (yet).

Maisie Williams, one of the stars of GOT teased fans by saying that the series finale might divide the fans opinions: “It’s either going to be everything that everyone dreamed of, or it’s gonna be disappointing. It depends on which side of the fence you’re going to sit on. I think no matter what you do there’s definitely going to be that divide. It depends on what people want from the final season. I love it, but I don’t know. You never know.” 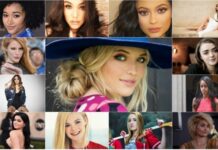 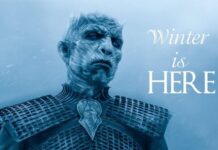 Game of Thrones Season 8 Confirmed! Here’s What You Need To Know! 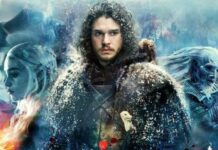 Game of Thrones Season 8: Here’s what you should know about the last season of the show