Slot machines have come a long way from the days of simple fruits, 7s and BARs. Of course, you can still find plenty of slot games with the traditional symbols and retro gameplay – but themed slots are becoming increasingly popular.

Themed slots take the basic slot format and make it more interesting and engaging. Themed slots make it possible to find a game that feels tailor-made for you and your interests. Thanks to the number of online casinos and slots available, these range from the hugely popular to the very niche.

Due to their variety, ease of use, and potential prizes, slots have become the most popular form of casino game not just in the UK, but also worldwide. As the casino industry has moved online, we haven’t seen this change – if anything, it’s become even more dominant!

This article will look at three of the hottest slot themes in the UK today and some of the top games of each type.

If you’re looking for a scary thrill, you’re not alone — according to SlotSource, horror slots are one of the hottest genres in the UK today. Horror slots range from the campy to the actually frightening and reflect all of the different forms the genre takes.

Two of the most popular horror slots today are Tombstone R.I.P. and Mental. Both are from the developer Nolimit City. With a name like that you know you’re going to get games that push the boundaries, and these two do just that.

Mental is set in a mental institution, a classic location for horror films and TV series for decades. The visuals for this game are particularly unsettling. The symbols include spiders and scorpions, dead patients, and a number of scary maniacs and other patients.

The developers have been clever about keeping all aspects of the game on topic. The various bonuses have names like Mental Transform and Enhancer Cells, and the freespins come in three forms: Autopsy, Lobotomy and Mental.

Tombstone R.I.P. is Nolimit City’s latest Western-themed slot and this one is their darkest yet. It’s a cowboys and sheriffs shootout with a hangman’s noose waiting at the end for any survivors. It takes the Western genre and gives it a horror twist — just like Quentin Tarantino did with The Hateful Eight (2015).

The game is set in front of a desolate ghost town and the symbols make it even creepier. There are a bunch of rustlers and criminals, including El Gordo and Skinny Joe, while the wild symbol is a hanging body. The gray color palette adds to the feeling of gloom and doom.

Adventure slots are another one of the most popular themes in the UK today. These slots might have a slim plot, but the main appeal is in the engaging graphics and clever symbols used to make the games incredibly immersive for something so simple.

The success of adventure genre slots is largely due to the popularity of the Rich Wilde series of games. The first Rich Wilde game was released in 2013 and the most recent one came out just last year. This long run means that the series has had plenty of time to pick up a lot of devoted fans.

The games follow the adventures of the titular Rich Wilde, an Indiana Jones type fellow who is constantly finding himself in new scrapes in exotic locations. Games have been set in an Egyptian temple, Aztec ruins, a trek across India and even the lair of an eldritch horror.

These games have that perfect blend of variety and familiarity. The lead character is recognizable and consistent throughout, but everything else about the game changes to match the particular adventure.

The formula has worked so well that the other most popular adventure-themed slots are very similar. The John Hunter and Jungle Jim series were obviously inspired by the success of the Rich Wilde series. The fact that all three series are successful shows how much players love adventure slots.

A key factor in the success of adventure slots is this underlying sense of progression – the game changes as you get further along, with new bonuses and characters being introduced all the time.

The United Kingdom has been known for being a nation of animal lovers. Pets play an important part in our lives – recent years have shown just how much we rely on our furry friends for companionship and support.

Keeping our animal friends happy and healthy is very important for most pet owners and the love they give us in return is amazing. It’s no surprise then that pet-themed slots are one of the most popular genres around.

For cat lovers, there are titles like Cutie Cat, OMG Kittens and Kitty Cutie. All these games feature adorable graphics that will make you purr. Don’t worry dog lovers, there are plenty of games for you too! Top Dog, Puppy Love and The Dog House are all a barking good time.

There are even a few slots that play on the war between cat people and dog people. Cats and Dogs and Claws vs Paws are the best examples of this. Meanwhile, Purrfect Pets celebrates all our furry friends.

This is a much broader genre than the two previously discussed. Besides the relatively normal ones mentioned already, there are off-the-wall options like Astro Kitty and Astro Pug or Magic Kitty and Doggy Riches, which features a pair of royal corgis — a clever reference to Queen Elizabeth’s pets.

Slot machines have always been one of the most popular types of casino gambling. Now that online casinos are taking over the market, there are more options than ever.

Where once creating a themed slot machine would require months of painful planning, printing and painting, modern solutions mean that online slots are considerably more flexible and easier to work with. Themed slots are able to flourish in this environment and mean that no matter what you’re in the mood for, you can find the perfect slot. 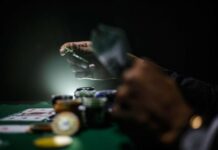 Are Real Money Slots and Casino Games Legal in the US? 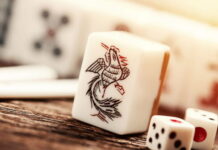 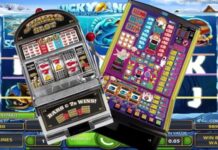