Opptrends 2022
Home Music Most Famous Songs Outside the USA

USA Billboard charts are usually filled with pop songs and it’s almost like they don’t have competition. The artists that become popular in the U.S. get recognized all over the world and their popularity is enormous. However, when it comes to house music, the best DJs in the world come from Europe and they absolutely rule the world!

DJs that turned our world upside down

Tijs Michiel Verwest, better known by his stage name Tiësto comes from the Netherlands and it is named the “Greatest DJ of All Time”. For the last 20 years, he’s been making music and parties all over the world. He was the first DJ to perform at the Olympics. It was back in 2004 in Athens. He won numerous awards, one of them being Grammy Award for Best Recording. His “Adagio for Strings” can be called a masterpiece since he combined classical and modern tones to achieve the perfect tune. His major hits are Lethal Industry, Traffic, Love comes again, Maximal Crazy and many others. He made numerous parties so far for thousands of people around the world and we just hope he will continue to make magic. He even made music for the movie “Hotel Transilvania” and it’s very catchy, it can’t go unnoticed.

Pierre David Guetta is French and he is a music programmer, DJ, songwriter and record producer. He is very talented and his songs became planetary popular in a very short time. His first song “Just a little more love” was published back in 2002 and it seems incredible that 17 years have passed since then. It seems like it was yesterday. then hits just kept coming – When love takes over. Gettin’ over you, Memories, Little bad girl, Titanium, Turn me on, it seems like everything he records becomes an instant hit! This guy is golden. He is still active and we can say that he really has skills!

Avicii was a Swedish DJ that unfortunately passed away, but we can’t talk about the best music without mentioning him. He blended electronic music with other genres and the unique emotion he had in his music really touched people everywhere. His songs that made planetary success are Addicted to you, Wake me up and Levels. They were an instant success and requested at every party. They are still popular.

Best Songs of all time

When we speak of the popular songs that made a big mark in the history of music, we cannot go without mentioning the Beatles. Rock band from England made an enormous success with their hits such as Let it be, Hey Jude and Yesterday that are popular even today.

There are some songs that we could swear come from the U.S, but when we start digging the information about them, realize that they are actually made in Europe. We bet that you didn’t know that the song “Pump up the Jam” comes from Belgium. It became number one hit in the U.S. and still brings the smile to people’s faces when they remember that time. Of course, European played it in all the clubs and all the radios practically had it on repeat.

There is probably no person in the world that didn’t sing the song “I’ve got the power”. The group came from Frankfurt, Germany and made an enormous success. It carried such a strong and powerful message and was performed with enormous confidence that it could motivate anyone to be more positive in life. The positive and energetic vibe marked one era. The song “What is love” was somehow on every radio station and it comes from Germany as well. It was a hymn of people in love everywhere.

If you wish to find out more about the celebrity news and the release of the new songs, visit chilloutradio.com. You will find the latest news about your favorite singers and actors. Take some time for yourself and simply relax while reading entertainment news.

This list cannot go without the legendary songs from Queen. After the release of the movie Bohemian Rhapsody, Queen and their songs instantly became popular again. The song Bohemian Rhapsody in particular. All the radios started playing it and it repeated the success it once had. Even though it was released for the first time in 1975, we can see now that some songs are timeless. It got on the charts again and we are really grateful for the movie because it reminded us about these rock giants.

Songs that make us move

Somehow, clubs cannot be imagined without the Spanish vibe. Songs that keep us on the dance floor get instant popularity and Despasito is a song that did just that. Despacito is a song performed by Daddy Yankee and Luis Fonsi and it means “slowly”, however, this Spanish song is anything by slow. It is sensual and perfect for dance clubs. At one point, no matter where you go, you could hear this song and it reached 2 billion views in record time after it was posted on YouTube. It was the most popular video in 2017 in 40 countries around the world.

“Señorita” has more than 803 million views on YouTube at the moment, which says enough about its popularity. It is a song made by Shawn Mendes, a Canadian singer, and Camila Cabello, a Cuban-American singer, and they made a perfect song that is played everywhere. These two have amazing energy together.

Enrique Iglesias is a Spanish-Filipino singer who had so many hits over the years that we can’t even count all of them. Few songs that were known probably in the whole world are “Bailamos”, “Escape”, “Tonight (I’m Lovin’ You)”, “Dirty Dancer” and many others. He certainly made many sensual songs, but also some that are perfect for clubs and we are glad that he is making a comeback. He released a new song in May this year, it is called “Fast and Furious”. We are hoping it will achieve success as we are used to.

No one can say which continent produces better music. There are people from all over the world that touch hearts with the lyrics and the notes. Everyone has a different taste, but we can definitely agree on the masterpieces. Which one is your ultimate favorite song that you can listen on repeat over and over again? 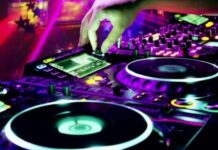 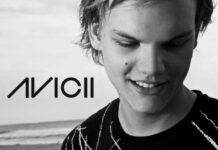