Mitsubishi fans you are in for a treat! Your beloved company has decided to reveal their eX Concept, and where else than on LA Auto Show for its North American debut!

Since it has already shown its face at the last years, Tokyo Motor Show not much has changed since. It retained many of the features the same, as well as the futuristic design with the Dynamic Shield front end which still highlights it. Slimmer headlamps and taillights, floating roof and a clean look for the doors plus large wheels are still here and still make it awesome.

Under the hood is an electric powertrain that received a small but significant update – the battery pack which now enables it to travel up to 248 miles on a single charge which is more than admirable. To allow you wrestle with a little more demanding terrain, there is an all-wheel drive to aid you and a whole array of active systems that are developed to assist you in any situation.

Mitsubishi has made this concept for a reason, and they do not intend to keep it a concept vehicle for much longer. It is developed for a reason, and that is to become an electric competitor to the Nissan Juke, Renault Captur, Peugeot 2008, Opel/Vauxhall Mokka and many others in the segment. We were able to find an announcement that was made earlier this year where one of the Mitsubishi executives made a statement saying that there is almost 100% chance that you will see the first production units of this magnificent vehicle arriving in showrooms by the end of the decade. 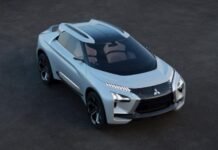 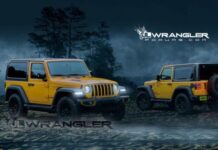 A new render of a 2018 Jeep Wrangler two-door shows us some new cues! 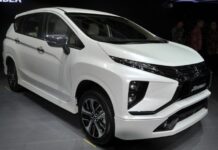