Vikings were the only remaining undefeated team before they lost to Carson Wentz and the Philadelphia Eagles. Sam Bradford has struggled last round which is actually weird. This man has played his role on the Vikings to perfection so far. It was a bit strange to see squad from Minnesota struggling as a whole since they have looked well organized so far.

Bears have lost their backup quarterback to the injury. This is a big deal since their number two choice is much better than their first option. Now, Jay Cutler will get back on the field, and Bears games will again become practically unwatchable.

Bryan Hoyer was very good for this team. He gave them some life and made them competitive but unfortunately that didn’t last long and now, they are back at the mercy of Cutler. Hoyer might not be back this round, but he will get his job back as soon as he’s cleared.

Vikings defense will have a great day against Culter or whoever leads this Bears squad. Stefon Diggs and Kyle Rudolph had a lot of trouble catching balls from Bradford last week, but that shouldn’t be the case against Chicago’s defense.

It really doesn’t matter that this game is in Chicago at Solider Field. Vikings will win this match, and it won’t be even close. We just can’t see this Bears crew without Hoyer and with struggling Alshon Jeffrey scoring more than one touchdown on Minny defense. Minnesota will overrun their opponents 26:10 on Sunday. 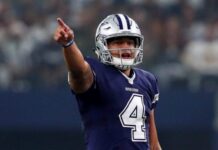 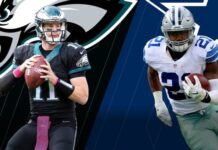 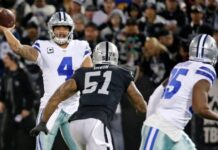