Microsoft has announced that one of its main competitors and arch rivals, Salesforce, will still be able to get data from their recent big money acquisition, LinkedIn. The company’s president and chief legal counsel said that the company would not be doing any unfair power play and they would let Salesforce access the data they needed.

Brad Smith was speaking to reporters in Dublin, Ireland, and he dismissed recent accusations and allegations by the Salesforce chief executive, Marc Benioff who had said that Microsoft would use its new ownership of LinkedIn to cut off data from Salesforce. He said that the move was not something that Microsoft was really keen on doing that and the LinkedIn data was going to stay public because the company has plans for the data.

Just last week, Salesforce lodged a complaint with the EU regulator citing anti-competitive behavior from Microsoft as a result of their acquisition of social media service. Microsoft bought LinkedIn for a massive €23 billion in a move that surprised a lot of people.

The chief legal counsel of Salesforce, Burke Norton said that the proposed acquisition of LinkedIn by Microsoft would threaten the future of innovation and that of competition. The ownership of a dataset for about 450 million professionals who are located in about 200 countries would give Microsoft the power to deny its competitors access to the data and they would be able to get an unfair advantage as a result, he said.

The interview done by Norton was then followed by a tweet by the chief executive of Salesforce, Marc Benioff who wrote that the tech giant was planning on doing some anticompetitive bundles and also deny the rivals access to the data.

However, Mr Smith, said that the company was having discussions with the EU about the acquisition. He also said that the complaints which Salesforce were giving based on competition were also undermined by their own actions. 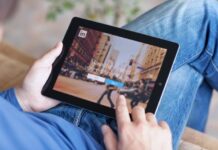