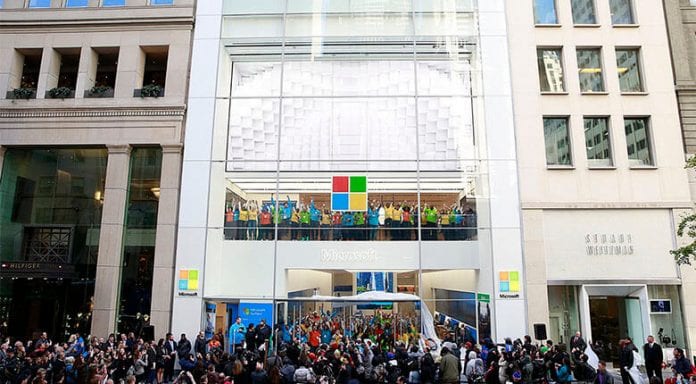 Microsoft stores across the world have good decorations. A war décor and the vast majority of helpful staffers armed with plenty of computers, phones, and devices. There is one missing thing though, customers.

Retail manager Kelly Soligon recently gave an interview and said the company was generally pleased with the traffic numbers in their stores. She, however, said the company obviously desired for more of them.

Retail stores by Microsoft began in 2009, with a handful of stores. The stores are now over a 100 located in different places in the US and Canada. The company also opened a new store in Sydney, Australia. The sizes of the shop vary from place to place, with the flagship New York store being the biggest at 22,000 square foot to the average and standard locations which usually vary from 3,000 square feet and the small stores and kiosks which might be as small as 150 square feet.

Just as an Apple Store they are equipped with everything that Microsoft sells ranging from hardware to software to accessories and an array of devices that users can try on and a help desk for all those with questions. Since the stores aren’t usually crowded, some 1:1 time is easy to get.

Soligon said the shops were there to showcase Microsoft and all its endeavors on top of the obvious job of selling products. She said the company thought of itself as the physical manifestation of their brand.

With all that being said, Microsoft aims to increase the payoff from their retail outlets. This would be easy if more and more people were seen in the shops. Soligon stressed that the company was looking at bringing new technology to the shops. The virtual reality handsets from HTC and even the Microsoft version were all expected. They are also preparing to bring the unreleased Xbox games.