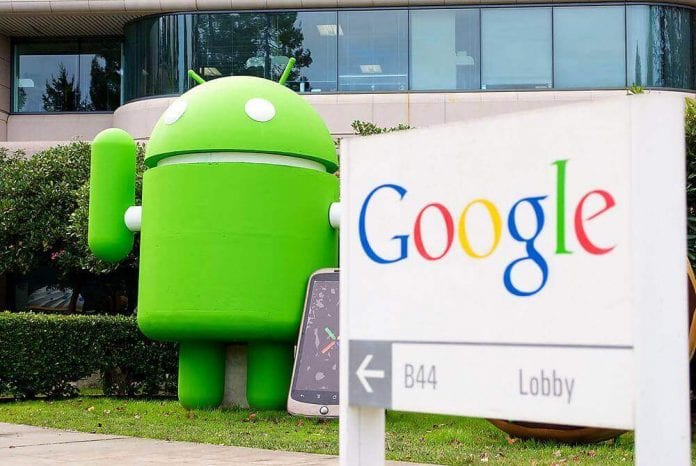 When Microsoft Corporation (NASDAQ:MSFT)’s CEO Satya Nadella decided to wean the company from their biggest money makers at the time, the Office and Windows products through the introduction of iPhone and iPad apps many analysts thought it would help the company catch up with Google in the productivity apps field.

According to research done by SurveyMonkey Intelligence, monthly users of the Google productivity apps outnumbered those of the Microsoft Office Suite. Bonnie Yu, the product manager at SurveyMonkey, said they were surprised at the results they were getting which showed that Google was dominating heavily like that. They expected Microsoft to have provided better competition in the market.

SurveyMonkey is an online company that helps its customers get feedback by giving them a chance to use the forum and create their customized surveys. Yu is attached to the SurveyMonkey Intelligence department, which is responsible for harvesting data from such surveys that companies have created and making the information available to the clients on various topics such as device and software usage, market research, and demographics.

Yu then pulled the data for April for the two companies based in the United States for users’ usage of productivity apps on the mobile devices. The user must have run the device at least once according to the survey.

The results were as follows. Google core apps, Sheets, and Doc were in a remarkable lead over their Microsoft counterparts Word and Excel. Google Sheets had 2.9 monthly active users while Excel only had 1.4 million active users for the month of April. Google Docs users were even much more than expected numbering up to 24.6 million, a figure five times higher than that of Microsoft Word, which stands at 4.6 million active users.

The same results were also seen in many of the other two companies’ apps such as the email category and cloud storage. The Gmail app had a massive 96.7 million active users while the Microsoft version, Outlook only had 6.3 million. The difference in numbers is staggering. In online cloud storage, Google Drive had a figure ten times higher than that of Microsoft’s OneDrive storage. Google Drive had 49 million users compared to Microsoft’s 4.7 million.

The Microsoft Office Suite officially came on the iPad in March of 2014. The CEO of Microsoft broke with the tradition of Microsoft whereby they first released versions for their Windows operating system first before bringing it out. Since 2014, Microsoft has been going on further and further and has now released iPhone and Android apps. It has also incorporated its OneDrive cloud storage and the Outlook platforms for both the iOS and Android software.

Microsoft’s own devices, the Windows Phone, and its successors only have a small share of the phone market at the moment, which was highlighted as one of the reasons the company decided to shift to the giants in the operating system field at the moment, Android, and iOS for the extension of Office products.

The move has been pretty successful for the company especially with its freemium plan for the apps. Freemium apps are free apps that allow in-app purchases, and through that Microsoft is trying to lure people into buying the Office 365 suite. Microsoft has also been making the Outlook app much better, as shown by their purchase of smaller apps such as Acompli and Sunrise Atelier. Acompli was an email organizing app while Sunrise was a calendar app that Microsoft has since announced will stop being functional.

Users and reviewers have well received Microsoft Office apps, but the stats from SurveyMonkey prove otherwise. The company itself has always said the number of downloads of the Microsoft apps shows that the endeavor was fruitful. In an earnings call with investors back in January, Nadella said that the app downloads had exceeded 340 million and also said there were 30 million devices which were actively running the Outlook app.

The difference between SurveyMonkeys results and that of Nadella is striking even though Nadella was reporting on global results, not the US only as per SurveyMonkey.

Yu said that downloads did not necessarily mean usage, after being asked about the disparity, before going on to say that many apps were downloaded every day but not all of them were used or had active users.