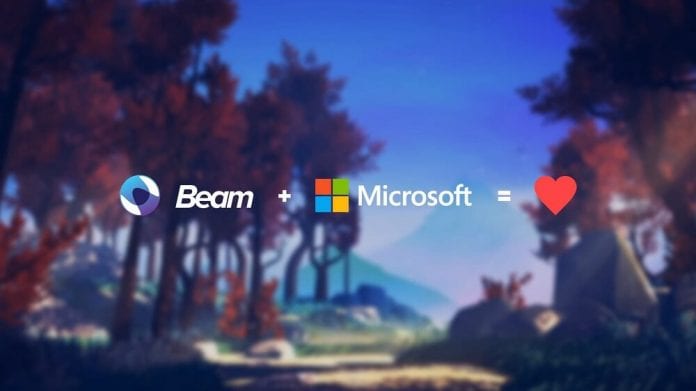 Microsoft has now chose to compete with Twitch or YouTube Gaming in livestreaming. They have bought a six month old company, Beam. Which is an interactive live streaming service that Microsoft claims to have the ability of interacting with your favorite streamers in real time, rather than the usual delay. Which is something that Twitch and YouTube Gaming should look into.

Microsoft says that Beam have changed live streaming from simply chatting with your preferred streamer, to being able to participate in a real time broadcast for every game. For example, if your favorite streamer is playing Minecraft, you don’t only have to watch and chat with them, however you can play along with them. Or if a streamer is playing a competitive game such as Counter-Strike, you can easily give the streamer suggestions for strategies. All of these examples are much easier in real time broadcasting.

Another reason why Beam is a great choice for live streaming is because customization is extremely simple. Which is important to people who are just new to live streaming in general. The streaming service is mainly focused on Xbox, which means that we might see streaming as a common feature on the next consoles.

The merging of Microsoft and Beam could be something huge, and something with so much potential. Microsoft claims that the purchase of Beam will let gamers experience live streaming in a whole new way, and interacting with your viewers will be much easier in real time broadcasting. Microsoft plans to provide an amazing experience to all gamers utilizing their streaming service. And Beam’s CEO Matt Salsamendi claims that Beam will continue to empower their users, and will make growing even easier for streamers.

The Redmond, Washington Windows maker truly looks forward to working with Beam and providing streamers with the best experience in the future.