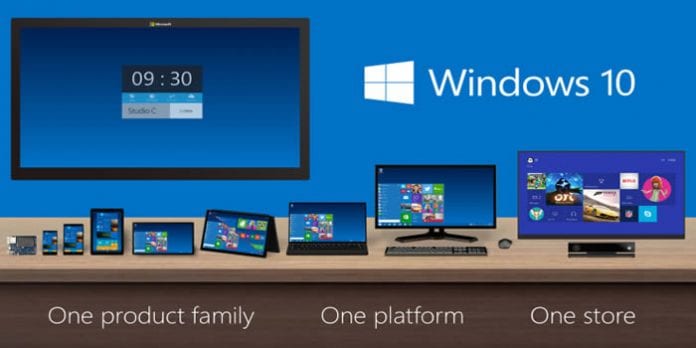 Microsoft Corporation (NASDAQ:MSFT)’s push to make people download the Windows 10 software is certainly not winning them any admirers. The company has even employed more methods to try and push their agenda down people’s throats.  After announcing that free upgrades to the new Windows 10 would stop by July 29, the company is still looking at ways for people to still download the operating system.

Back in October 2015, many consumers of the Windows products said that simply saying no to the update when asked was not working anymore. Microsoft said at the time that the upgrade would be as a recommended update for Windows 8.1 and seven users, even though one Microsoft spokesperson said that most of the Windows update settings are set in a way that they accept all “Recommended Updates.” This was stage one, very sneaky, but also some users expected Microsoft to go that far.

However so as to make sure that everyone got the update even when they didn’t want to, the company then decided to make the red X button that users see on the Windows screen have the same influence as if you are pressing OK, I want to upgrade to Windows 10. This is deception in its finest form and is something that you would expect to experience on the website for pirated movies, not from trusted sources and firms such as Microsoft.

Microsoft in defence said that the upgrade could still be cancelled, so it was not a big deal, but this was definitely after some users had fallen prey to the trick. The new move comes at a time when most people thought Microsoft might be feeling remorse for their actions, but they have only gone on and taken the measures even further. To the extent that Paul Thurrott, Microsoft follower and tech writer and co-host of the Windows Weekly said the move was entirely indefensible. He also said that the entire joke around the push for users to download the operating system was moving to undermine it.

Thurrott wrote that for many months he had been complaining about the measures and tactics which the company was trying to use to trick their valued customers into getting a product they did not want at the time. He goes on saying that the Get Windows 10 ad that was forcing the new software on Windows 8.1 and seven users was just a step too far.

The ad is highly impossible to hide or ignore according to Thurrott. He said the ad could be likened to the Terminator since it was something that was entirely hard to stop. Thurrott damns the company at the end saying that the company has hugely violated trust between themselves and its clients, and the whole debacle is doing nothing but ruining the otherwise wonderful Windows 10.