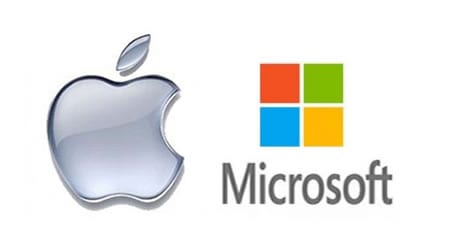 Microsoft Corporation (NASDAQ:MSFT) wants to put ‘a little dent’ in Apple Inc. (NASDAQ:AAPL)’s smartphone business; this is according to the vice president at Microsoft, Steve Guggenheimer (he is also the chief evangelist of Microsoft).

The vice president of Microsoft said that his company is in the steps of rebuilding its smartphone business. The company recently bought Nokia’s Lumia brand and launched Windows 10 OS.

“Lumia has grown from a small brand to a big brand now,” Guggenheimer said. “It is only fair to appreciate the fact that Apple Inc. (NASDAQ:AAPL) is the biggest player in the business of smartphones. But we want to change that.”

The iPhone, Apple’s smartphone, has the lion’s share in terms of smartphone profits. The smartphone will by the end of 2015 give Apple $154 billion. On the other hand, Microsoft has only 2.5% of the smartphone market in the world.

Satya Nadella, Microsoft Corporation (NASDAQ:MSFT)’s CEO, is very optimistic about the Lumia- Microsoft’s smartphone. These phones have quickly been configured with the new Windows 10 OS. The statement by the vice president, ‘a little dent’, can be interpreted to be the company admitting the fact that they are underdogs in the smartphone business.

Microsoft Corporation (NASDAQ:MSFT) have their phones focused on business people. The famous Microsoft office suite, which is available on Windows 10, is a thing that Microsoft is using to increase sales of their smartphones.

“Our phones can be used for business. This is because Microsoft Office makes the creation of emails, calendars, documents and spreadsheets very easy,” Guggenheimer explained.

Microsoft Office 2016 will be released soon. This application will be key to increasing the sales of Microsoft Lumia phones in the coming year.

Guggenheimer was quick to shed some light on the son to come ‘continuum’ feature. According to him, this feature is a great tool that makes the phone more productive. “The feature turns your phone versatile. It allows connection of Microsoft phones to devices such as a mouse, a monitor and a keyboard.” The feature turns your phone to a personal computer. The devices connected to the phone will give the same output as when they are connected to computers.

Microsoft released the Microsoft Lumia 950 and 950XL recently. These two smartphones are worth checking out as they run the new Windows 10. Windows 10 is a user-friendly version of Windows 8 and is good for users who use their phones for business. Other features Microsoft incorporated in these two devices include the ‘retina scan’. This scan is some biometric security protocol that allows the user to unlock their device without a pin or password.