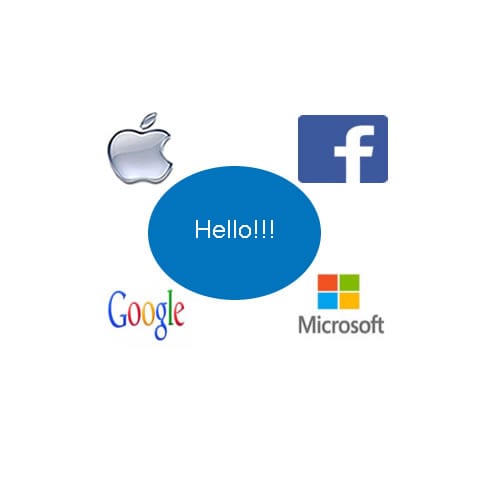 After disrupting the mobile messaging space, Microsoft Corporation (NASDAQ:MSFT), Facebook Inc (NASDAQ:FB), Google Inc (NASDAQ:GOOG) and Apple Inc. (NASDAQ:AAPL) are in the mood to take on phone conversations, which was until now ignored by the internet giants. While Microsoft is already having a firm footing in the voice calling segment through its Skype offering and 4.9 million daily active users, Facebook, Apple, and Google are looking at ways to blend their digital capabilities with the real world.

After a constant denial of the need to emphasize on phone call capabilities, Facebook has realized that people can’t truly connect in the absence of one-on-one conversation. Thus, it started building a new app ‘Hello’ to integrate the social network functionality in voice conversations. The app will enable users to search key information about the contacts and businesses and call them with just a single touch.

Over and above this, Facebook has already invested as much as $19 billion to acquire WhatsApp, which has already debuted its phone calling feature.

Facebook is not alone as Google too has taken a leap with its Project Fi, which intends to boost speed, coverage, service and connectivity and seeks to be a wireless mode of communication in place of Google Voice. At the same time, Apple has already been adding new features to its hardware and software and allowing users to instantly access each other personally through ‘Facetime’.

While the functionality is largely limited to iPhone and Apple Watch, Apple is left with a task to take its phone conversation capabilities across devices.

The past few years have served as a wake-up call for the internet giants, which rejected the need for personal conversations. However, back from their slumber, these tech companies have suddenly started focusing on this new big opportunity and time will tell as who wins the race in the end.