Recently, the news surfaced that big lay-offs are planned by Microsoft, and now there are reports that the company could lay-off 1000 employees from its Finland office. Microsoft Corporation (NASDAQ:MSFT) acquired Nokia Oyj’s handset manufacturing and services business in April, and with this nearly 25,000 employees got added to its employee strength of which 4,700 are in Finland.

Finland employees may suffer most

While the announcement has not come from Microsoft Corporation (NASDAQ:MSFT) as yet, it is expected anytime this month. Last time, the job cuts were undertaken by Microsoft in 2009, the beginning of recession, when 5,000 of its employees lost jobs, and the present layoff is expected to have its toll on even larger number of employees.

If a report published Wednesday, in a Finnish newspaper Helsingin Sanomat be believed, then the majority of sufferers would be the former Nokia employees, in Finland. The newspaper has got to know from multiple sources that the company has plans of shutting down the Nokia Oulu R&D labs located in the northern region of the country, which mainly develops software for feature phones. Nothing has been confirmed by Microsoft as yet.

By cutting down on costs, the company hopes that within the next 18 months it will be able to reduce $600 million by laying of a large number of employees. Last week, an email was sent to the employees by Microsoft Corporation (NASDAQ:MSFT) CEO Satya Nadella, and it has led people in Finland to speculate that very soon the company will come up with few more cuts in the staffing levels of Nokia.

No Bridge plan this time

Nokia had been very much concerned about its employees, and used to help the workers it laid off with another job under the programme it called ‘Bridge.’ When this programme was functional, nearly 40,000 employees benefitted from it as Nokia helped them develop the skills that were very much in demand then and even helped them to launch their own startups. 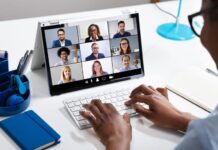 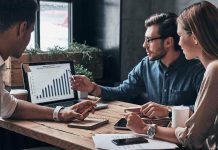