Since this was a hot topic these few months, it is natural that a lot of speculation and guessing revolved around it. Microsoft thankfully decided to put us out of our misery and officially announced that customers worldwide will get the Windows 10 Creators Update starting from April 11th.

What saved our nerves is a blog post from yesterday in which Microsoft officials confirmed the roll-out start date. They are continuing the same practice, as with the Anniversary Update that rolled out last August, meaning we will have several months at our disposal with the Creators Update. The build number that is supposed to be released is 15063, and it will come with some subsequent fixes and updates which will be installed along with the RTM code.

When asked when the Creators Update will be made available to the MSDN subscribers and Volume License customers, the officials confirmed that April 5th will be the day when eager ones out there who want to update to Windows 10 Creators moment it arrives and that they can do that via the Update Assistant tool. It was also confirmed in their post which states “For the those of you who are eager to get the Creators Update right away, you will be able to initiate the update manually, starting on April 5th, via Update Assistant. This option is intended for advanced users on devices running a licensed version of Windows 10.”

If you do not know by now, the Creators Update consists of a “few” new consumer-focused features like a new Game Mode, Beam Game Streaming, Windows Mixed Reality support, and new eBook and tab management capabilities in the Edge browser. But what really stirred things up is the notion of a new 3D Paint application which will be made available via this update. This Creators Update will also bring several incremental security updates and features which are mainly for business customers. With this, they will be able to prolong and pause both feature and security updates more easily and longer than so far, which will, without a doubt, be very useful.

Windows 10 Pro, Enterprise, and Education customers, on the other hand, will be able to prolong feature updates for up to 365 days and “quality” updates for up to 30 days, which is not that bad. Home users, unfortunately, will not have this option and with that, they will still serve as a wave of testers for Windows 10. What is one more thing important to understand is that with Creators Update, Microsoft is giving you more control over when your PCs and tablets will restart after updates are applied, as well as making its privacy and telemetry settings more clear.

The Creators Update will be a free update to those already running Windows 10, but the company did not specify how much they will charge for it as a standalone product. They will make available Windows 10 Home, Pro, Enterprise, and Education versions of the Creators Update for PCs and tablets, while the roll-out of Windows 10 Mobile Creators Update to phones will begin on April 25.

Thank you Microsoft, nice to know all that!

What Is Trauma? Why Do You Need to Hire a Personal Injury Lawyer? 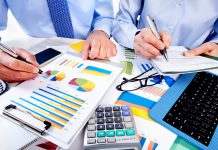 Everything You Need to Know About Becoming an Accountant 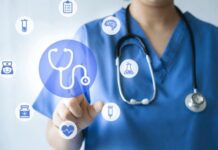 Working In Healthcare: What You Need To Know