When Paul Walker passed away in 2013, for the cast and crew of the “Fast and the Furious” it felt like they lost a member of a family.

Brian O’Conner received a noteworthy send-off at the end of the “Furious 7” and everybody thought that his character would not return.

After that, Walker’s brothers, Caleb and Cody announced that they spoke with Vin Diesel, whether it was possible or not to get Brian O’Conner back in the movie. That’s when the rumors started to spread out, but Michelle Rodriguez said they were not true.

When she was asked about Paul Walker’s appearance in “Fast 8”, she said:”That’s a rumor, man. That’s a whole other subject matter, by the way, that is brought up for all actors to consider. Do you want to be Frank Sinatra in an Uber commercial? And every actor in the world when writing out their will
should start thinking about these things.”

She also added:” Thank your lucky stars that Paul has a wonderful daughter who understands his integrity and understands what kind of things he would like and what kind of things he wouldn’t and would respect that because she loves him so much. Not that many actors or people in the industry have that background. So whoever you hand your home to, whoever you hand your rights to, your will, that’s the world we’re living in now, where you can be brought back anatomically. Then you have to think about the ethics of that and the morals behind it. Would that individual like what you’re doing? That’s something that we’re all thinking about now. It’s a new world with virtual and 3D, and now you can bring Tupac back on stage. I mean, we’re living in a different world,”

Rodriguez almost always plays tough characters on the screen, and currently, she is working on a movie “Milton’s Secret“, where she will have a role of a teacher.

There is still time until the premiere of “Fast 8” and for now, the return of Paul Walker remains a rumor. 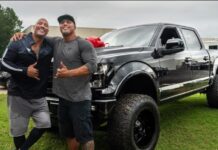 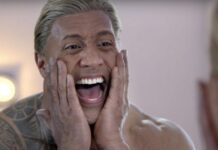 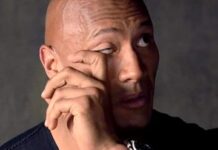