Having medical insurance is crucial in case some unfortunate accident happens. Everyone needs to have some type of medical insurance to cover the costs of visiting doctors or spending a few days in the hospital in the event of a major accident. As we all know, these premiums can go through the roof. And, not having to pay the entire amount out of pocket is a huge relief here.

On the other hand, paying monthly premiums for medical insurance isn’t that cheap as well. Did you know that approximately 55% of Americans have medical debt and 66% fear that they won’t be able to pay for health care?

The government doesn’t make this any easier. In 2022, there will not be a premium reduction for those who have Medicare Part B plans either.

It is fair to point out that in 2021, Medicare Part B premiums were $148.50. Just one year later, we have seen a 14.5% jump, which is one of the largest increases ever in just one year. Was this justified?

One of the reasons why Medicare Part B monthly premium sky-rocketed was the research of the drug called Aduhelm. It is a medication designed to treat Alzheimer’s disease and it is approved by the FDA. The way it works is by eliminating clumps of a toxic protein which is responsible for destroying the neurons in our brains that lead to forgetfulness and the decline in cognitive function.

Regardless, this is great news. The medication can be one of the stepping stones in battling Alzheimer’s disease. However, the particularities are not yet determined. The way Medicare Part B will cover the research of this drug is not yet known to Medicare recipients.

This shouldn’t surprise anyone because clinical research is one of the segments covered in Medicare Part B. Furthermore, Aduhelm is administered in a doctor’s office and it falls under Part B instead of the Part D which is the plan designed for prescription drugs. In case you want to know what Medicare Part B covers exactly, it is best to visit MedicareConsumer.com for more information.

CMS was supposed to calculate the price for covering Aduhelm and they needed to set each year’s Part B premium at 25% of the estimated costs that would go towards this goal. However, Biogen cut the per-patient price from $56,000 to $28,000, which may have caused Part B to remain at the steep price throughout the year.

In April this year, CMS announced that they would only cover Aduhelm for those who receive it as a part of clinical trials. They also stated that the premium price was planned to be fixed at $160.40, but some of the conditions weren’t fulfilled.

Is there a possibility that the price of the Medicare Part B will continue to rise next year? This is the question Part B users have for CMS and the government.

According to the CMS report, “It is certain, however, that any additional funding caused by including the uncertainty of potential Aduhelm costs in the 2022 premium will be used to reduce the necessary financing in 2023 and later”

“After receiving CMS’s report reevaluating the 2022 Medicare Part B premiums, we have determined that we can put cost-savings directly back into the pockets of people enrolled in Medicare in 2023,” Health and Human Services Secretary Xavier Becerra said in a statement. “We had hoped to achieve this sooner, but CMS explains that the options to accomplish this would not be feasible. CMS and HHS are committed to lowering health care costs – so we look forward to seeing this Medicare premium adjustment across the finish line to ensure seniors get their cost-savings in 2023.”

There have been some attempts to cut the premium

AARP has urged CMS to lower this year’s premium. “It is unconscionable for a single outrageously priced drug to drive up premiums for all Medicare beneficiaries — many of whom are already struggling to make ends meet,” Nancy LeaMond, AARP executive vice president and chief advocacy and engagement officer, said “Now that the drug maker has cut the price in half, the Medicare Part B premium increase should be lowered as well.”

In addition, US President Joe Biden came out with the budget projections for 2023 that show Medicare Part B Premium with the same $170.10 price tag for 2023. However, these are just the projections and once there’s sufficient data, the decision to either change the price or keep it as it is will be made.

At this point, it looks like 2023 Medicare Part B beneficiaries will get the deserved reduction, but that remains to be seen because there is some chance of avoiding it once again.

In 2017, about 2 million Medicare users were subjected to a couple of Alzheimer’s treatments that were available back then and which were under the Medicare Part D insurance. It is important to note that over 64.2 million people aged 65 or older are enrolled in Medicare programs and Alzheimer’s disease seems to be more common among the elderly.

In fact, about 6 million people suffer from Alzheimer’s. This is a disease which slowly destroys neurons and our memory and thinking skills decrease. The disease currently has no cure and the new drug Aduhelm is meant to slow down the degradation, but unfortunately, it cannot reverse it.

At this point, the Medicare Part B premiums will not be reduced, but it appears that there is light at the end of the tunnel and that 2023 will bring a change in this area – we hope. 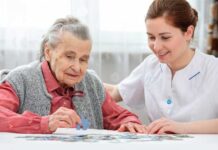 When should you put a loved one in memory care 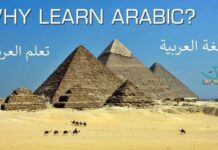 Why Learn Arabic? The Benefits of Being Bilingual 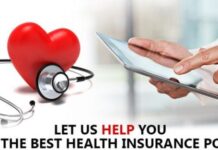