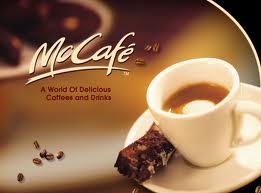 McDonald’s Corporation (NYSE:MCD) is planning to offer free coffee at restaurants for two weeks. With the move the fast food giant aims to attract more customers at a time when sales are declining and rivals are enhancing their menu.

According to world’s largest restaurant chain, the restaurants will offer a small McCafe coffee during breakfast hours from March 31 through April 13. The announcement follows the launch of Taco Bell’s national breakfast campaign on March 27 launch.

McDonald’s Corporation (NYSE:MCD) owned U.S. restaurants have been witnessing a sales decline for last three months. An extended and bitter winter is partly responsible for the slump in sales, believe McDonald’s.

Rival Starbucks Corp., recently introduced new breakfast sandwiches, and, for a few days, earlier in March, offered free coffee on purchase of a breakfast sandwich. Another rival Dunkin’ Donuts has been witnessing rising sales, and have opened hundreds of stores in U.S.

Janna Sampson, co-chief investment officer and managing member at OakBrook Investments LLC says “You definitely have seen the coffee places try to get into the food part of this and that is pressuring McDonald’s” during breakfast.

A right move from McDonald’s

Since the launch of McCafé, in 2009, McDonald’s has been making efforts to promote the coffee among the masses. In 2013, the fast food company entered into a deal with Kraft to test selling McCafé coffee, in its grocery stores.

Apart from serving free coffee, McDonald’s Corporation (NYSE:MCD) also plan to push the coffee brand by offering it as free samples to the commuters at transportation hubs and other high-traffic locations. The company will also distribute coffee and prizes to Twitter followers starting in mid-April.

Greg Watson, senior vice president, McDonald’s U.S. Menu Innovation said “We take a lot of pride in our breakfast offerings and our McCafe coffee is a great complement to our breakfast lineup. That’s why we’re excited to share it with our guests, on us.”

McDonald’s has made a right move to strengthen its breakfast offering, considering the potential promised by the US breakfast business at fast food chains, which has grown to a $50-billion market.  Also, breakfast contributed more than 90% of the growth in the fast-food industry between 2007 and 2012.

10 Restaurant Apps That Reward You With Free Food

Adding a Coffee Maker to Your Kitchen

Season One from Starbucks Coffee

Chester Mitchell - May 28, 2020
0
CFDs (Contracts for Difference) are specialized over-the-counter financial derivatives alternative products that allow you to trade on the movement of financial assets. CFDs offer...