It has been known for a while that Mazda wanted to unveil two concepts at the Tokyo Motor Show. Now, we can finally see them. One of the vehicles is The Vision Coupe which shows us what lies in store for the Japanese manufacturer whereas the other one is Kai Concept that previews long-anticipated Mazda 3.

According to the company, the new concept shows a “more mature expression” of the ongoing design, which is accurate enough. They have revamped both headlights and taillights that now become more aggressive and narrower whereas the lines and creases are smoother on the vehicle. The Kai concept seems to be ready for the road, and we cannot wait to see the new Mazda 3 model.

Since Mazda Kai is just a concept, some parts will be toned down, or completely disregarded on the production version. For instance, the door handles blend with the design as they are embedded in the body, while side mirrors are extremely thin, and these are just some of the examples which will be changed for the production.

The car’s interior remained more or less the same, with some barely noticeable tweaks. The steering wheel is slightly thinner than the one on the current model, the gauges appeared to be the same, whereas the shifter is pretty straightforward. However, there is one noticeable modification, and it is the infotainment system which is located in a dashboard tier.

Looking at the powerplant, we could say that it comes as a least futuristic part of the entire package. This concept will use Skyactiv-X engine that is based on a compression-ignition scheme. With this type of engine, which uses gasoline, but behaves almost like a diesel, efficiency is improved as well as power when you add the supercharger.

Mazda kept quiet about the introduction of the new Mazda 3, but at least now, we have got a concept to analyze and make our predictions. The Tokyo Motor Show has started, and it will last until November 5. 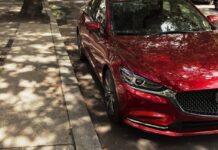 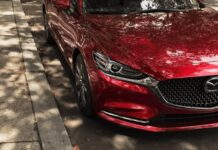 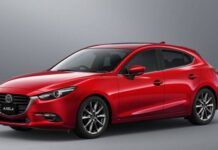