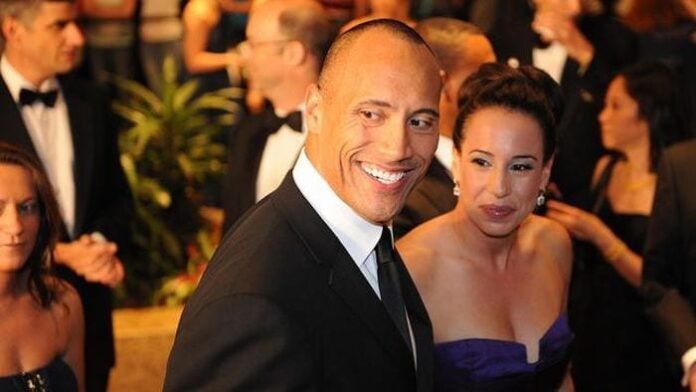 Dwayne The Rock Johnson is a universally loved person. This is not hard to understand considering how pleasant and down to earth guy he is despite his massive success. Former WWE wrestler turned actor is currently the best-paid man in his profession.

He’s not only admired by his colleagues from Hollywood or his former rivals from WWE (John Cena left a heart-warming message on Twitter for Johnson’s birthday); it goes far beyond that. Johnson, who is rumored as a candidate for the US President in not-so-far-away future (2020 or 2024) already has huge fans in politics. One of them is Massachusetts Senator Elizabeth Warren who also used the Twitter platform to send her regards to The Great One for his birthday.

Senator Warren stated that she got a script of HBO TV Show Ballers signed by Dwayne Johnson himself. To this day she keeps it on her desk to remind her to “stay balling.” On Wednesday (Dwayne Johnson’s 46th birthday) she shared the photo of this script on Twitter. The writings on the papers go as follows: “Senator Warren — Much Mahalo for lovin’ our show! Stay Ballin’ ”

Happy birthday to my favorite actor and not-so-secret crush @TheRock! I keep this on my desk in Washington to remember to stay ballin’. Send my love to your beautiful family! pic.twitter.com/yxfc8FE5Av

The Twitter post was captioned with words: “Happy birthday to my favorite actor and not-so-secret crush @TheRock! I keep this on my desk in Washington to remember to stay ballin’. Send my love to your beautiful family!”

Like we mentioned, Johnson was dubbed as one of the potential candidates for the US presidency in following years. The former wrestler turned actor said that he won’t be running in 2020 due to a busy schedule, but that 2024 remains opened for now. Senator Warren is also one of the candidates for 2020 elections, although Elizabeth denied that she has plans of running for office in two years. But if she waits till 2024, Dwayne Johnson could be her opponent. On the other hand, if they remain on the same page (Dwayne is independent at the moment) or if Johnson runs as a Democrat it seems that Massachusetts will vote for him as their senator is a big fan.

Richard Orland - May 8, 2021 0
The digital revolution is getting ready to move into phase two. It's an exciting time for business owners who want to leverage all those...