The stock markets in the United States gained today after the Department of Labor reported that the economy created more jobs than estimated by economist in June.

The Dow Jones Industrial Average (DJIA) reached more than 17,000 points while the S&P 500 ended the trading session over 1,985 points today. The equity markets closed at 1:00 in the afternoon today prior to the Independence Day holiday.

The Department of Labor reported that t American companies added 288,000 jobs last month compared with the 215,000 jobs expected by economists. According to the agency, the unemployment rate declined to 6.1% the lowest level since September 2008.  The number of long-term unemployed dropped to 3.1 million, an indication that they have a better chance of finding employment.

Commenting on the labor market data, Jim Paulsen, chief investment strategist at Wells Capital Management told Bloomberg, “This is a pretty strong report. This is stuff that is going to lead to upward revisions of second quarter growth rates and it starts off the third quarter in a real positive momentum place.”

The stock price of Lorillard Inc. (NYSE:LO) climbed 5.3% to $64.41 per share on speculations that it could reach a merger agreement with Reynolds American, Inc (NYSE:RAI).  Reports indicated that the company might announce an agreement within weeks. Reynolds gained 2.33% to $61.56 per share.

The shares of Lululemon Athletica inc. (NASDAQ:LULU) jumped 2.9% to $42.60 per share on report that its founder Chip Wilson have been in talks with private equity firms including Leonard Green & Partners LP to take the company private. The Wall Street Journal previously reported that the company engaged the services of Goldman Sachs Group Inc (NYSE:GS) to explore strategic options.

PetSmart, Inc. (NASDAQ:PETM)  surged 12.5% to $67.28 per share after Jana Partners, the activist hedge fund managed by Barry Rosenstein disclosed a 9.9% stake in the company.

NQ Mobile Inc (ADR) (NYSE:NQ) is one of the biggest losers today. The shares of the Chinese mobile internet service provider declined more than 32% to $4.58 per share announced changes to its board of directors. In addition, the company disclosed that its independent auditor, PricewaterhouseCoopers Zhong Tian LLP (PwC) needs to perform additional procedures before completing its its 2013 annual audit work.

The stock price of BIND Therapeutics, Inc (NASDAQ:BIND) declined more than 10% to $11.59 per share. The company ended its collaborative research program to develop a nanomedicine for the treatment of solid cancer tumors with Amgen Inc. (NASDAQ:AMGN).

Their collaborations involves utilizing BIND’s platform for targeted and programmable nanomedicines and Amgen’s unrevealed proprietary cancer compound. The companies decided not to exercise their options to develop Accurin combining the Amgen therapeutic payload. BIND indicated its intention to continue developing its Accurin platform. 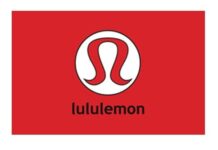 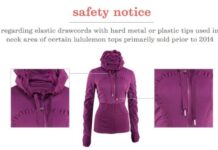