The stock markets in the United States ended the trading session lower today despite the report that the labor market improved.  Investors are currently focused on the Greece referendum this weekend.

The Department of Labor reported that the economy added 223,000 jobs in June. The unemployment rate declined by 0.2 percentage point to 5.3%, and the number of unemployed people dropped by 375,000 to 8.3 million last month.

The wage growth is slow as the average hourly earnings remained at $24.95 even if the labor market continues to strengthen.  According to Labor Secretary Thomas Perez, “wages clearly represent one our most pressing challenges.” He emphasized that President Barack Obama’s proposal to change the rules governing time-and-a-half overtime pay would help increase wages. The proposal would restore overtime protection to approximately 5 million salaried workers.

Commenting on the market movement today, Michael Antonelli, an institutional equity sales trader and managing director at Robert W. Baird & Co. told Bloomberg, “You would think that the jobs report would have made the market rally, but it’s kind of fallen into the abyss of Greece. The market can’t and won’t find it’s footing until the vote. Every rally and selloff is ultimately noise until that happens.”

Prime Minister Alexis Tsipras interrupted Greece’s final debt negotiations with its international creditors by announcing a referendum whether to accept the terms in the offered financial aid package.

Greece implemented capital controls, closed banks and its stock market following the expiration of the bailout program, and its failure to repay the €1.5 billion due to the International Monetary Fund (IMF) on Tuesday, June 30.  The IMF declared Greece in arrears. Greece can only receive financing from the creditor once it cleared the arrears.

A GPO survey indicated that 47% of Greeks are leaning toward voting “yes” on the referendum, a confirmation of support for the terms in the international bailout. Forty-three percent (43%) are leaning towards the position of the government rejecting the terms.  There is a 3.1% margin of error in the survey.

Yesterday, Prime Minister Tsipras informed the European Commission (EC), European Central Bank (ECB) and the IMF that his government is prepared to accept the offered bailout agreement. He also proposed changes to the sticking points of their disagreement such as VAT reform, pensions, structural fiscal measures and labor markets.

The stock price of Centene Corp (NASDAQ: CNC) declined almost 8% to $74.44 per share. The company disclosed its decision to acquire Health Net, Inc. (NYSE: HNT) for $6.8 billion in a cash and stock transaction. The acquisition is expected to help Centene expand its market presence in the western United States. The stock value of Health Net increased nearly 10% to $71.57 per share.

Etsy Inc (NASDAQ: ETSY) dropped more than 5% to $13.27 per share. A law firm is conducting an investigation regarding the allegations that the company released materially misleading information about its business.

The stock price of Tesla Motors Inc (NASDAQ: TSLA) climbed 4% to $280.02 per share. The electric car manufacturer reported that its Model S deliveries increased 52% during the second quarter. Tesla beat its vehicle delivery forecast of around $10,000 to 11,000 vehicles.

Yelp Inc (NYSE; YELP) plummeted almost 10% to $38.20 per share due to the report that its co-founder decided and CEO Jeremy Stoppelman decided to temporarily suspend pursuing a sale. 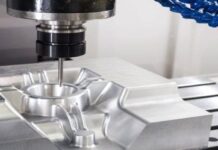 What Do CNC Machining Services Stand For 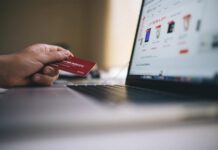 4 Ways To Generate More Sales For Your Ecommerce Business