Marilyn Monroe was the American actress, singer, model and entertainer and she became the iconic figure of the USA. Everyone was enchanted with her beauty (and still are) and over the years, we found out that she’d had done a chin implant and a nose job. The medical notes and X-rays from those procedures were later sold at auction for $25,600. What are the other interesting things about Marilyn Monroe you probably didn’t know?

10. Monroe posed naked for the inaugural issue of Playboy magazine, and she was paid only $50. The photos were used in a calendar in 1949, but it was Hugh Hefner who bought the negatives from the calendar company and paid them $500, but he made millions after that.

9. Often, people said that Marilyn Monroe was size 16 but her fashion editor for The Times of London disagreed. Sara Buys wrote: “Quite the opposite. While she was undeniably voluptuous — in possession of an ample bosom and a bottom that would look at home gyrating in a J-Lo video — for most of the early part of her career, she was a size 8 and even in her plumper stages, was no more than a 10.”

8. While she was not “in character” Monroe was way different. Once she was caught by author Truman Capote, gazing into a mirror and when she asked her what she was doing, Monroe replied: “Looking at her.” Her “Misfits” co-star Eli Wallach said: “Nobody noticed who she was because she was just being herself — suddenly her walk, attitude and appearance would change and in moments everyone would be ogling her and asking for autographs. ‘I just wanted to be Marilyn Monroe for a moment.’”

7. When she was a child and later a teenager, Monroe stuttered. She even said that in an interview: “I don’t know how it happened … Sometimes if I was very nervous or excited, I would stutter.” She managed to overcome this, but her stutter returned during the production of “Something’s Got to Give” because of stress.

6. Monroe apparently was an awesome cook as her personal recipe for stuffing was found scribbled on a piece of stationery from the City Title Insurance Company. The New York Times recreated the recipe and gave it high marks.

4. According to Monroe expert Gene London, Marilyn had: “the heaviest peach fuzz beard of any actress in Hollywood,” and this was because of the hormone cream she used in order to make her skin glow on film. “They [studio chiefs] wanted to remove the facial hair, but Marilyn absolutely refused. She said that when the light hit the fuzz it caused her face to have a soft glow, so they didn’t have to photograph her through special lenses, lace or Vaseline the way they did with so many stars.”

3. In 1956, Monroe married playwright Arthur Miller, but the interesting part was that Variety ran a headline that said: “Egghead Weds Hourglass.”

2. The rock musician Marilyn Manson derived his name from the names of Monroe and Charles Manson so that he can present both good and evil. However, in his biography, Manson wrote: “Marilyn Monroe had a dark side, just as Charles Manson has a good, intelligent side.”

1. The New York Times reported that when Marilyn Monroe died, the suicides in the city reached 12 in just one day, which was the highest at that time. One of the people who committed suicide wrote in a note: “If the most wonderful, beautiful thing in the world has nothing to live for, then neither must I.” 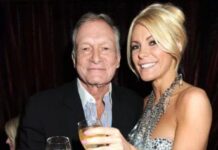 The widow of Hugh Hefner revealed the actual reason for marrying him! 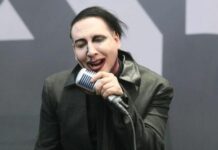 HORROR AT A CONCERT: Stage Crashed on Marilyn Manson! The Singer is Rushed to the ER! 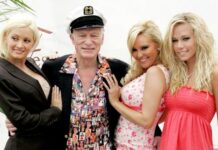