Opptrends 2022
Home Entertainment Love Both Deadpool and Pikachu? Take a Look at This Mashup!

In their communities, Pikachu and Deadpool are very high-positioned. Of course, tastes differ. Surely, not all like them, but they must admit these are in top 5 modern discussions.

Ryan Reynolds shared an interesting tweet recently. Sarcasm of the Wade Wilson, his Deadpool character, is adored by the fans. His skills not to die in the awful circumstances even just made him even more worshiped. On the other hand, Pikachu is famous and loved for his spastic energy and adorable demeanor. And cute as well, at least for some.

The mashup presented was made by Ramtraz, who used a mix of ZBrush, 3DS Max, and Photoshop. His 3D rendering skills made this little guy look this good. His art can be found on his Facebook page, but this one was shared by Ryan Reynolds himself, so it has a bigger value. His work is great. Reynolds wrote “I don’t know who made this, but thank you. #MaximumEffort.”

If you take a closer look, Pikachu is crossing his arms, or, at least he is trying to. His arms are just not long enough. It’s funny how he carries a spare Pokeball, where this alludes to possible bounties he has to carry out on others of his kind. One interesting thought comes to my mind. How does he get that costume around his tail? It looks very hard and tough for me. 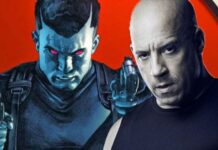