Lakers Nation has a lot to be happy about. The way their team started the season is an amazing thing to see. For a squad that has been considered to be one of the worst teams in the league before the season started, it’s safe to say that they are out of those talks. But, can they actually do more than have a decent season, one that is above the expectations and still fail to make the playoffs.

The answer is probably no. This is a talented young squad that is moving in the right direction. That fact alone should be enough to make Lakers fans happy about this company as they had no direction whatsoever just a year ago.

They are playing team basketball on the offensive side of the ball scoring a lot of points while being fun to watch. If their goal is indeed to make the postseason and speed up this rebuilding process, they’ll need to improve their play defensive skills and actually stop opponents. To be honest, we know that this is not something that many NBA teams have. Mozgov is earning a lot of money for being on the Los Angeles Lakers. He needs to show everybody that they didn’t waste their $ on him and start playing defense.

4-3 is a good start for this LA Lakers, but it’s still way too early to think that they can make the playoffs in still tough Western Conference. What do you reckon? How far can this team go? 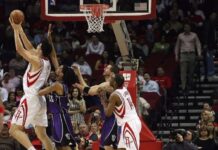 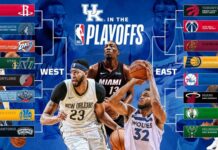