In November last year it was confirmed that Season 6 of an American crime drama “Longmire” would be its final, so the writers of the series are now expected to bring some kind of closure for the Longmire characters. But, what remains unanswered is whether one of the characters, the short-term deputy Zachary, will return for the last ten episodes of the show, which are scheduled to air later this year.

Let us refresh your memory. Zachary “Zach” Heflin appears in Season 4 as Walt’s new deputy, and he is portrayed by Barry Sloane. Zachary is a smart and contemplative man who strictly sticks to his unique moral code. We have to admit, there is no character in the entire show that resembles Zach. However, he is only human, right? He has his dark moments, as well, but he’s constantly trying to fight this other side of his personality.

Despite the fact that he is a good man, Zachary unintentionally uncovers the wrongful death lawsuit against Walt, and he eventually gets fired at the end of Season 4, which came as a surprise to a great number of viewers. It is not that difficult to realize why Sloane is not a part of “Longmire” Season 5. The actor had already enough on his plate, so he had to leave the show, it’s that simple. At the time, he was working on military drama series “Six” and “Longmire” is not an exception. Namely, Sloane is normally so busy, that he can rarely be kept on one particular project for too long. But, let’s not forget that, despite his busy schedule – as he also took a role in “Shameless” – he still managed to do at least a few episodes on “Longmire” as well.

All in all, we believe that Zachary deserves to appear in the final season, at least in an episode or two, just to see him doing a little better. Also, it would be nice for him and Jim Ferg bonding. Who knows, perhaps our wishes will come true. What would you like to see in Season 6? 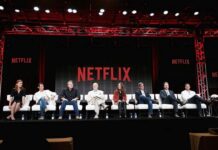