Apparently, this will be Hugh Jackman’s last movie as an iconic superhero. Before the trailer, we saw a picture of a severed arm holding a shotgun on the Instagram and in the description it is written “Aftermath”. The director of the movie is James Mangold and he indicated that the movie will have a darker tone in comparison to the previous sequels. Moreover, he decided to add Johnny Cash’s cover song called “Hurt” into the trailer, which also contributes to the darker atmosphere.

Mangold analyzed the most prominent parts of the trailer with Empire on Thursday. He said: “Obviously I have a connection and a fondness for Johnny Cash, and his tone and his message and his music. But the real driver in all these decisions is trying to separate ourselves, in an accurate way, from the other superhero movies.”

He also added:”We think we’re going to deliver something a little different and we want to make sure we’re selling audiences on the difference. Sometimes even when a movie’s a little different, the studio’s trying to market the movie just like all the others. [Cash’s] music, in a way, separates us from the standard, bombastic, brooding orchestral, swish-bang, doors opening and slamming, explosions kind of methodology of some of these movies.”

What this morose, but amazing song brings to the trailer, movie, character himself and audience’s expectations, is the inner darkness of a hero. We rarely see this in a superhero movie, and the new Wolverine is expected to be flawed, ruthless and different from the previous interpretations of the character.

Yes, there will be a lot of action and whether the movie will receive good or bad reviews depends on of a screenplay and the depth of a character, as well as Hugh Jackman’s dedication. We have no doubt that Jackman will be fantastic in this movie, but the audience will certainly see a new, different Wolverine. 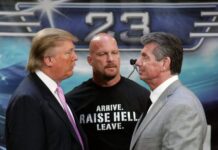 7 Celebrities Who Appeared on WWE and Regret It 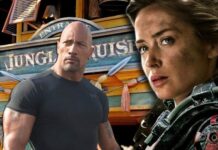 Emily Blunt and Dwayne Johnson to star together in Disney’s “Jungle Cruise”?!