Opptrends 2021
Home Sport Kurt Angle Teases Epic Duel Between Him And Guess Who!? 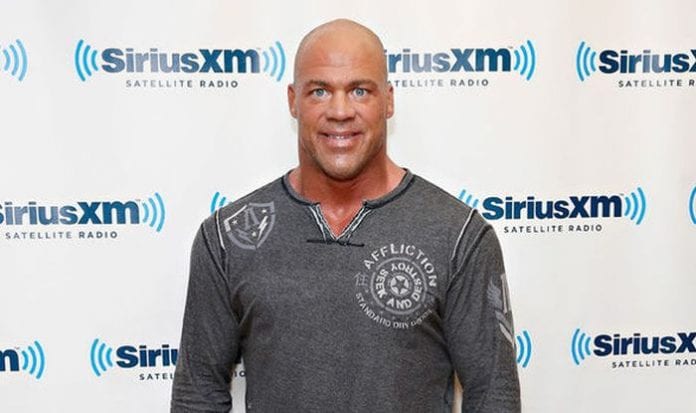 It looks like Kurt Angle just announced a dream match that could be one of the WWE most epic showdowns in recent memory. The American hero claims that he could undoubtedly beat Brock Lesnar once again only if the company gives him a chance.

At the moment Lesnar is by far the most dominant figure in the WWE. He holds the most prestigious title, the Universal Championship. He won it in April last year when he beat Bill Goldberg at Wrestlemania 33. The Beast Incarnate managed to overcome all of the top faces in the company including John Cena, Triple H, and The Undertaker.

As of late Angle has once again become an active wrestler but he didn’t saw too much action. But, despite this, the 1996 Olympic Gold Medal winner claims that he could beat The Conqueror. He did it in the past, but many wonder can he do it today. One fan even asked the question on Twitter, and Kurt responded with: “I tamed the beast once. Bet I could do it again. #itstrue.” 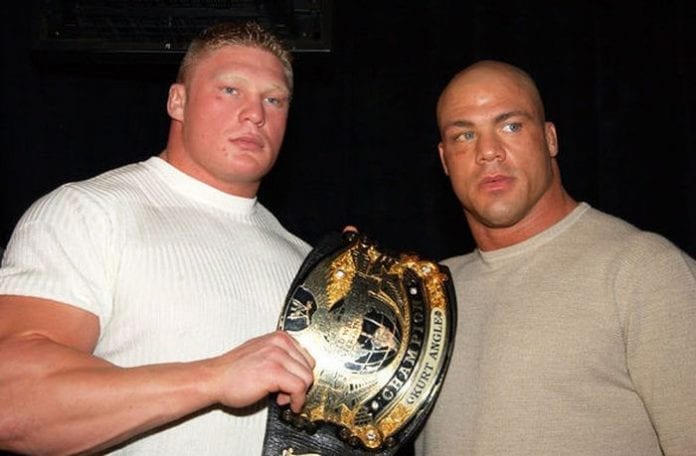 For younger fans who don’t remember, Kurt Angle lost WWE Championship at Wrestlemania 15 years ago to former/future UFC fighter which sparkled a great rivalry between the two men. Later on, Angle managed to get his title back after a Triple Threat Match that also included Big Show at Vengeance.

After this, Angle won another duel by using his trademark move Ankle Lock after which Lesnar had to tap out. But, the last match went in Brock’s direction after ex-UFC Heavyweight Champion took the title back after a legendary 60-Minute Iron Man Match on Smackdown.

Brock Lesnar is not expected to defend his title at the upcoming Money in the Bank, but after Angle’s recent comments we believe that there’s a chance that something might be cooking in the WWE kitchen, despite The Rock no longer being there. With a number of challengers for Lesnar’s Universal Championship being limited it would nice seeing him go against Kurt Angle.