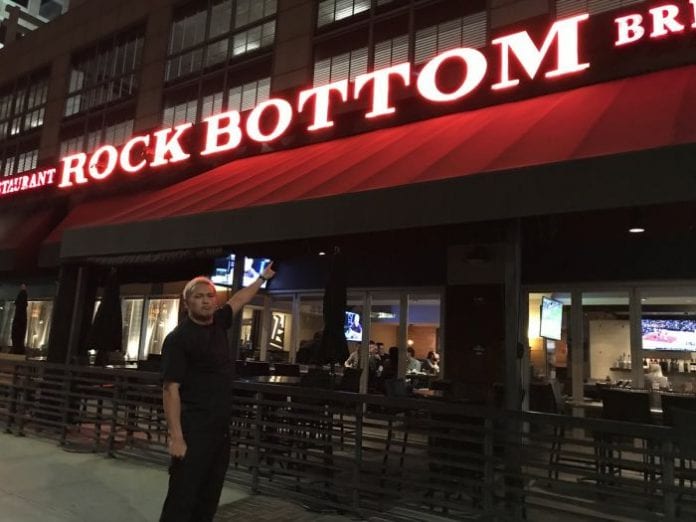 When you are one of the biggest, if not THE BIGGEST, names in wrestling industry people will call you out on every step. Dwayne The Rock Johnson knows what we are talking about because we’re talking about him. The Wrestlemania season is in full swing, and people on every step are mentioning People’s Champ. Elias wants a guitar contest, Rusev is asking for a celebrity rival for the biggest show of them all. It is unclear if The Rock will even appear at Wrestlemania in New Orleans on April 8th, but that didn’t stop Kazuchika Okada to demand a match with Brahman Bull.

If you didn’t know, Okada is the face of New Japan Pro Wrestling. NJPW promotion is currently on the Long Beach, California in the United States with their event called Strong Style Evolved. Kazuchika Okada is the current IWGP Heavyweight Champion, and he wants to have a face-off with the Great One. He posted a photo at the local Rock Bottom Brewery pointing his finger at the sign. To make things clear Okada tagged Johnson’s official Twitter account.

If you are not all that into New Japan Pro Wrestling, you probably don’t know that Okada is one of the best wrestlers coming from there in the past 20 years. He is the reigning IWGP champ. This title was previously in the hands of wrestlers whose names might be slightly more familiar to you, including Brock Lesnar, Shinsuke Nakamura, and AJ Styles. His tenure is ongoing for 645 days which is the longest period in the history of this title.

Nicknamed ‘The Rainmaker’ Okada was proclaimed world’s No1 Wrestler by Pro Wrestling Illustrated’s Top 500 Wrestlers in the World list in 2017. He is the star of every main event in NJPW. Their equivalent of Wrestlemania, called WrestleKingdom was headlined by him for five times in the last six years. Dave Meltzer gave five stars or higher rating for eight of his matches. Impressive! 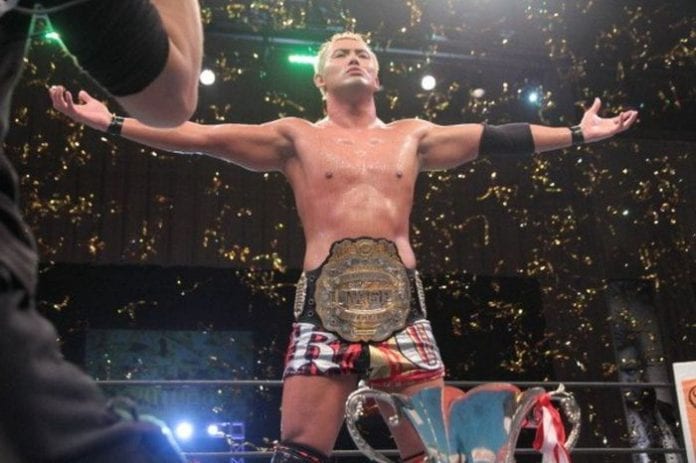 The wrestling fans went into a frenzy on the mere thought of The Rock and Okada dueling. But Johnson has been called out in the past, so we are not sure that Okada’s offer is going to interest him. He gave no signs of wanting to come out of retirement. People’s Champ didn’t even respond to Okada’s tweet, and we all know that The Rock is active on this and every other social network. It might be that he’s just not interested, but let’s wait and see, maybe we are in for a surprise.