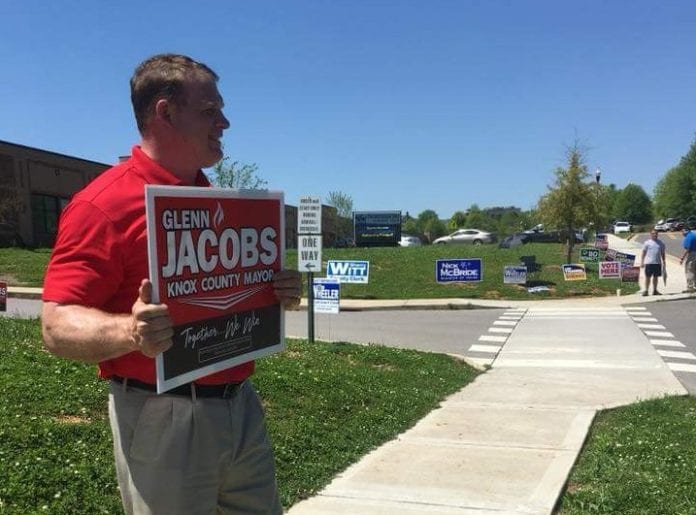 Glenn Jacobs, better known for his in-ring name Kane has won the Republican primary in Knox County, Tennessee, thus becoming a candidate for the mayor. WWE superstar was one of the company’s biggest draws in the early 2000s, but he also fought in main events during the last few months. After more than a successful wrestling career, he looks set to enter the world of politics.

Jacobs aka Kane won the race by merely 17 votes, and will now have a chance to go against Democratic candidate Linda Haney. The elections for mayor will be held in August after Kane’s win gets certified. The current mayor of Knox County is also Republican, Tim Burchett. It is interesting that this county has had a Republican mayor in every year since 1944.

After officially becoming a candidate for mayor, Jacobs took it to Twitter to thank everyone who supported him during his run: “Thanks to everyone who helped win this historic victory!! The people who cast a ballot for me, my great team, my wonderful volunteers. Looking forward to VICTORY in the general election!”

Thanks to everyone who helped win this historic victory!! The people who cast a ballot for me, my great team, my wonderful volunteers. Looking forward to VICTORY in the general election!

Jacobs achieved worldwide fame after appearing in WWE playing various characters. His most prominent alter ego is Kane, but he was also called Isaac Yankem before being known as the half-brother of The Undertaker.

He was born of English parents and studied English literature at college. He also played basketball and football. After becoming famous through the world of wrestling, he wasn’t shy from showing his libertarian views. During the 2008 presidential elections, his support was with libertarian candidate Ron Paul.

In one of his interviews, Kane explained his libertarian politics: “There are things that I can agree with from both sides: perhaps the civil libertarian issues of the left and also the economic freedom issues of the right while still rejecting the big government tendencies of both sides of the political spectrum. The great thing about libertarianism is it really is the American Dream: It’s the ability of everybody to live their life and build their life according to what they want, so long as they don’t hurt anybody else.”

After Donald Trump became president, it comes as a no surprise that someone from the world of entertainment has a chance of being a mayor. Even before these two, Arnold Schwarzenegger was the Governor of California. These days you have more and more celebrities thinking about running for office. One of them is also a former wrestler, Dwayne The Rock Johnson.