The consumer giant Johnson & Johnson managed to settle three different and separate lawsuits against their company. The lawsuits were filed by people who blamed this large corporation that their talc-based products were the reason for their mesothelioma diagnosis. The agreements closed within 24 hours of each other, and before the settlements, the company has denied and defended itself against the charges that their products were contaminated by asbestos. However, the changes are now raising questions about whether this global corporation has changed its mind and took on a different approach to the asbestos allegations.

The settlements were achieved in the middle of the trial proceedings

Currently, there are over 13.000 asbestos lawsuits again this company, all filed by people who were diagnosed with ovarian cancer and mesothelioma. The cases that already went to jury trials had mixed results, and several of the trials lead to multi-million dollar awards for the people who filed the lawsuits.

However, these three agreements came in the middle of the trials. In one case, an Oklahoma City state court jury was already deciding on the company’s responsibility for a 77-year-old woman’s diagnosis of peritoneal mesothelioma, when the settlement was announced.

The second of the cases that were settled involved a 36-year-old Californian woman who has used Johnson & Johnson talc-based products since her early childhood. She was diagnosed with pleural mesothelioma almost three years ago. Her case was in the middle of testimony as well, and the third case was scheduled to be heard in New York next month. However, since the settlements were reached, there will not be a third trial.

The Settlements could signal a new stance for Johnson & Johnson

People advocating for mesothelioma victims and those who were diagnosed with ovarian cancer are paying close attention to the developments happening, as it may signal a new desire for negotiations on the part of the Johnson & Johnson legal team. Of course, the company strongly denies the presence of asbestos in their products and it is trying to minimize the meaning of the recent agreements they have made with the people who filed lawsuits against them. It is notable that the mesothelioma cases were the only ones that were settled, and the mesothelioma cases represent almost all the lawsuits that are pending against the Johnson & Johnson company that are all scheduled for 2019.

Documents that came from within the company confirmed the presence of asbestos might have been a major factor in the settlements. One juror in the Oklahoma trial pointed out that the jury has been leaning towards finding the company guilty in these lawsuits. Some of them even gave statements, saying that what has convinced them to find the company guilty is the internal documents. What the documents state is that the company knew about the presence of asbestos, but they kept saying that they have zero tolerance for it. The motivation behind the New York settlement case might have been the judge’s ruling that the victim could present evidence of talc and asbestos being found in her fallopian and ovarian tissues.

If you have been diagnosed with diseases related to asbestos, illnesses such as mesothelioma, ovarian or lung cancer, you have the option of filing a lawsuit against the producers of the product. Keep in mind that every lawsuit is different and that there is a possibility of the mesothelioma lawsuit settlement amounts to be different for each case. Also, not all the lawsuits will go to trial, some of them might be settled out of court, prior to the proceeding. 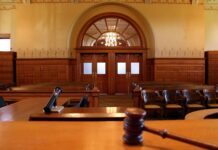