John Paulson’s hedge fund, Paulson & Co acquired a huge stake in Syngenta AG (ADR) (NYSE:SYT), a sign of support for the merger proposal of Monsanto Company (NYSE: MON), according to Bloomberg based on information obtained from people familiar with the situation.

Paulson & Co hasn’t publicly disclosed its stake in Syngenta. One of the sources suggested that the hedge fund is likely among the 20 largest shareholders of the Swiss company.

Mr. Paulson is known for using his hedge fund in acquiring large stakes in companies engaged in merger negotiations, and articulating his support for a deal. According to sources, they are uncertain whether the hedge fund manager will reveal the details of his investment in Syngenta and his standpoint on Monsanto’s merger offer with Syngenta.

The board of directors of Syngenta rejected the merger proposal of Monsanto, citing the reason that it was not in the best interest of the company and its shareholders.

Michel Demaré, chairman of the board of Syngenta explained that Monsanto’s offer “significantly undervalues” the prospects of the company. Syngenta’s board also perceived a high antitrust risk associated with the proposed merger.

Mr. Demaré said Syngenta’s legal counsels engaged in discussions with their counterparts at Monsanto regarding the antitrust concerns in three separate occasions. He said Monsanto failed to provide resolutions on the issue. The American company intends to sell Syngenta’s seed business and other assets to alleviate antitrust issues.

“This is a very complex transaction. It would take a long time to resolve. There are a lot of uncertainties and no guarantee of completion. It is clearly totally irresponsible for the board to engage on the current proposal,” said Mr. Demaré in an interview.

Monsanto has been lobbying to the shareholders of Syngenta to support its merger proposal over the past month. The American company is preparing to intensify its effort to reach an agreement with the Swiss company.

Monsanto recently engaged the services of Georgeson, a proxy solicitation firm and Vontobel Holding, a Swiss investment bank, according to people with knowledge about the situation. 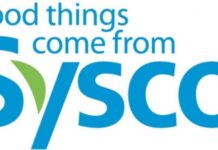