John Cena has dreams just like the rest of us. His current one is to appear beside Dwayne The Rock Johnson in Fast & Furious franchise. It would be fun to see former WWE rivals working together on a movie set.

In an interview to Entertainment Weekly Cena talked about this idea: “That stuff is beyond my control, but I would absolutely love that opportunity. That, for me, would be a dream. I’m never really like, ‘Oh, I’d like to work with this person,’ but I just think between our chemistry in the live performance setting, there’s something certainly there with The Rock. So that would be my one name on the wish list.”

John Cena and Dwayne Johnson are biggest WWE stars who successfully went from wrestling to acting. The latter one didn’t make a swift transition; he became world’s best-paid actor and most recognizable social media persona in the process.

The last time these two worked ‘together’ was in 2012 and 2013 when they headlined Wrestlemania in two consecutive years. The feud between them wasn’t scripted, it was a real deal. Cena made The Rock truly angry after making comments that Johnson ‘turned his back on WWE.’ In the aftermath of these matches, The Champ admitted it was ‘stupid’ of him to make these comments. 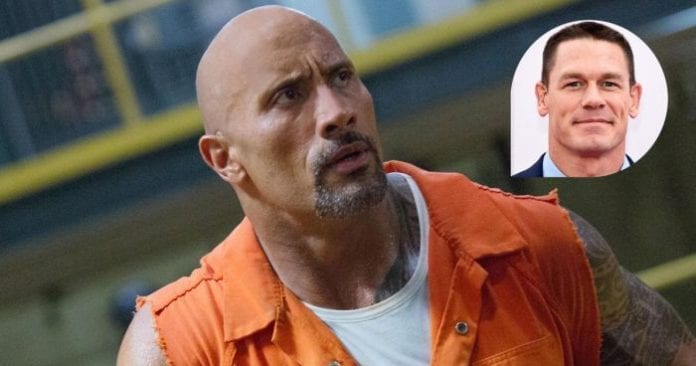 It would be nice to see Cena & The Rock working on an F&F sequel. But, even if this doesn’t happen, John doesn’t need to worry about his future. He already landed leading roles in two promising projects. Mr. P will star in a prequel to Transformers called Bumblebee. The story of this film is set 20 years before the events of the first film in the franchise.

John Cena has high hopes for this project: “It’s going to be a wonderful piece of this franchise that I think people are going to enjoy. I was very intrigued being able to meet the team around the movie. [Director] Travis [Knight] is such a passionate man. The role they were talking to me about doing was very intriguing to me because it’s a road I’ve never been down before, but a road I felt like I could accomplish. And then put that together with the context of the movie, the way that the consumer will now view Bumblebee, all of that stuff was very interesting to me. And then they were stupid enough to say yes.”

In addition to Bumblebee, Cena was also cast as the lead role in upcoming movie Duke Nukem.

Richard Orland - October 4, 2022 0
As a fan of online casino gaming, you've probably come across the term "jackpot slots", "progressive jackpot slots", at some point. These are slot...

Online Loans for Everybody