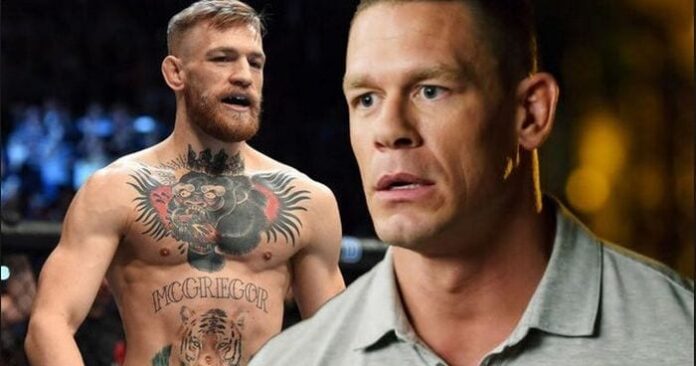 John Cena is the face of the WWE for more than a decade. He was the one that took the mantle of wrestling’s biggest superstar when Dwayne The Rock Johnson decided to pursue his Hollywood career full time. In the meantime, Cena has made a name for himself as one of the best entertainers in sports.

Cena is a physical specimen who is in excellent shape all of his life. But as far as the wrestling goes, he couldn’t achieve his success without the help of his opponents. When it comes to the WWE, ‘it takes two to tango.’

But Cena’s appearance gives out the impression that he’s a strong man who could take on any opponent. But The Champ is not a martial arts expert, so when asked by a fan if he could beat Conor McGregor in a legit fight he answered: “No.”

There was no ‘going around’ for Cena giving this answer. He was clear that in a real MMA fight, inside octagon McGregor would certainly beat him up. 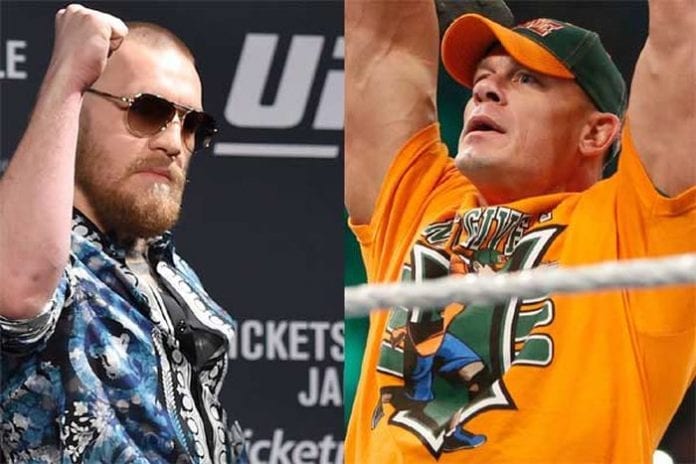 Same as Dwayne Johnson before him, Cena is actively pursuing a movie career. He was a guest on the ‘Desus and Mero’ where he promoted his upcoming project called Blockers. The film revolves around a group of parents who investigate their daughters before they go to prom. They have overheard that the girls have a plan of losing their virginity during this important night which puts them into a frenzy. Sounds fun, and worth watching. Same as People’s Champ before him, Cena started his career in comedy movies, but now has a couple of action projects ahead of him. A Transformers prequel called Bumblebee, and Duke Nukem adaptation.

As far as the wrestling goes, he has a Wrestlemania match set up against the legendary Undertaker. A duel for ages, set at the biggest stage of them all in New Orleans on April 8th.

Back to the start of our story, Cena admitted that Conor would defeat him in an MMA fight, but he also added that if The Notorious sets his foot in WWE ring, you should put the money on The Cenation Leader.

10 Reasons Why is UFC Becoming So Popular