Seven years ago, we witnesed the 16-time world champion, John Cena, blasting his former ring rival, The Rock, for turning his back on the company that provided him a platform to the top. Yet, Cena followed Rock’s steps into movie industry, and his acting career was compared to Rock’s a lot of times.

„I’m sorry and I was wrong. That’s the best thing I can do. I think my gripes were legitimate inside the WWE Universe. The WWE Universe is so dedicated and so fanatical that they’re giving me the same comments that I gave Dwayne Johnson because every Monday and now moving to Friday, when they turn on the TV that’s their lives. That’s the thing that they follow the most and I’m not there anymore. I’m here promoting Bumblebee.

They’re gonna watch Bumblebee, but they’ll go to the movies theatres once, twice, or whatever. It’s every Monday and if you’re not there every Monday, as a viewer, especially if I’ve been with you guys 15 years, you feel offended. Especially because before I was like, ‘Hey man, where’d you go?’ This is a very tough balancing and when I called out Dwayne, I called him out because of ignorance.

I called him out as someone that had tunnel vision in WWE and didn’t understand the process that when you make a movie, you are not allowed to do anything else because if you ruin this – if Seth Rollins splits my nose open over here – I can’t film the movie and there’s hundreds of other people whose financial well being depends on whether I show up to work in on piece. If I stop production, that could shut production down.

That costs the movie money. It hampers the success of the movie, so once again I was foolish, selfish, and ignorant, but it made for awesome TV, so at least we’ve had that. It’s a conversation I’ve had with Dwayne multiple times and something I’m super comfortable telling any interviewer. I was ignorant. I was wrong and I’m sorry“, Cena explained in a conversation with Gorilla Position, a leading wrestling podcast.

Most of the 2018, Cena was working alongside Jackie Chan. Last time he was in WWE, was in October 2018, in Melbourne, during WWE Super Show-Down, when he and Bobby Lashley defeated Elias and Kevin Owens. On 26th December, at a WWE Live Event at Madison Square Garden in New York, his comeback is expected. Also, it is believed that he will attend Royal Rumble in January 2019, and WrestleMania 35 in April 2019. 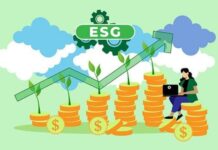