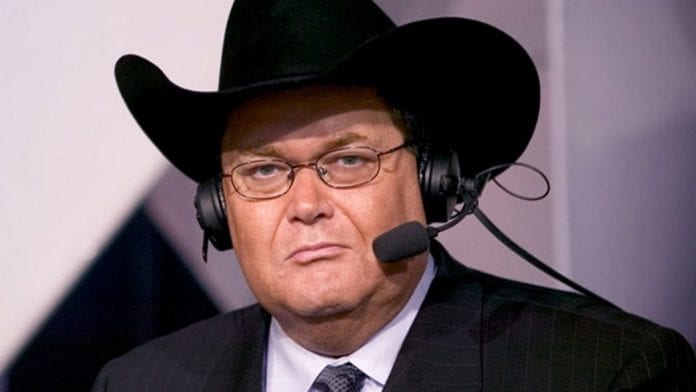 One of the greatest wrestling announcers of all time Jim Ross has announced that he is back in the WWE. He has called the main event of Wrestlemania 33 between the Undertaker and Roman Reigns. That marked his return to the company after not being a part of the organization for a couple of years. In a recent interview, he spoke about the number of events that he is going to work with this company.

“I think I’m going to do 30-40 dates in my first 12 months of my deal. Those dates are to be determined. There’s nothing they can assign me that I haven’t done before. How many wrestling matches you think I’ve called in my lifetime – 100,000? If they want me to do U.K. or NXT or Main Event, I don’t care. It’s all good to me. My days of being the lead guy, the No. voice – all that is way yesterday.”

Even though Jim Ross won’t be the lead guy in the WWE anymore, it is good to have a man like him back at the commentator’s booth. He is one of the best to ever do it, being the voice of the attitude era in the old WWF, now WWE.

He was also asked about The Undertaker and if he interacted with the Dead Man before his last match. Ross said that he did have a great personal conversation with Taker, a guy who he knew even before he became the Phenom in the WWE. Ross mentioned thinking that there aren’t many 6’9” athletes that could do what Mark Callaway did back as a young athlete.

Is Undertaker Going To Respond To Cena’s Challenge?

Jim Ross Reveals The Reason Behind The Rock’s Success