Opptrends 2022
Home Sport Jerry Jones Glad To Have Dak Prescott Even Though He Wasn’t Cowboys’...

It’s no secret that Cowboys wanted to draft a quarterback this year. Their backups were awful last season when Tony Romo couldn’t play, and it was time to fix the issue. They now have Dak Prescott, and with the games he is showing team should be more than happy to get him in the 4th round. But, he wasn’t their first nor second choice.

Jerry Jones and Cowboys were looking to trade up and take former Memphis’ signal caller Paxton Lynch. But, they struck out on him after Broncos made the trade and took him at the back end of the first round. Jerry really wasn’t happy about that. Reports were that he was visibly angry.

Then Dallas Cowboys‘ owner planned to draft former Michigan State QB Connor Cook, but that plan failed as well. Raiders beat the Cowboys to the punch and were able to snatch him via trade-up. That left ‘Boys empty handed. They had to settle for Dak Prescott, their third choice on Draft day.

Well, look how that turned out. Prescott is looking great, is 2-1 as a rookie QB and has shown no signs of slowing down. After all that trouble with finding a quarterback during the Draft, Jerry Jones can say that he is happy now.

“Well, we’re in the Quarterback business,” Jones stated, confirming that he was frustrated after missing out on Lynch. “But look how it worked out. Would I trade Prescott heads up for anybody that went in that draft?”

Jones smiled, leaving the rhetorical question unanswered – but it’s pretty clear that the answer, at this point is, “No way.” 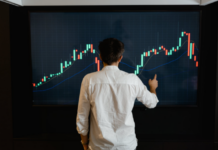