Opptrends 2022
Home Sport Jerry Jones: Elliott Was Punished As No One Before Him 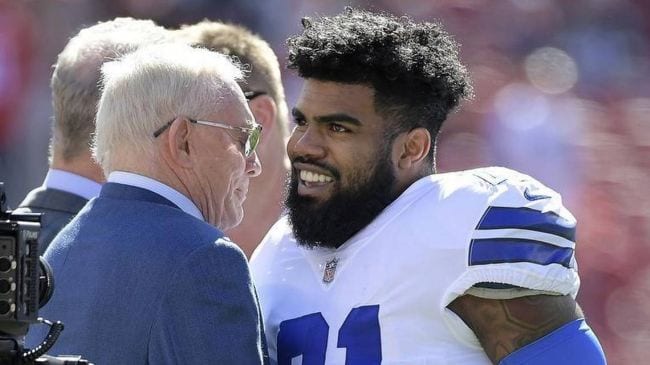 Dallas Cowboys running back Ezekiel Elliott had off-field issues in the past years, and that cost him playing time in 2017. But, despite him being careless in certain situations when not on the field, Dallas franchise won’t punish him because of a few problems he had in his private life.

Dallas’ top officials are sure that Zeke has learned his lesson. He was suspended for six-games during 2017 season for being involved in domestic violence case which included his ex-girlfriend, Tiffany Thompson. Elliott was not arrested nor charged by Ohio state courts, but NFL had investigation and conclusions of their own which cost Elliott and Cowboys last year.

The case is now over, and Dallas franchise is preparing for 2018 season but their owner Jerry Jones can let it go. During a recent interview at Indianapolis, Jones said that the punishment imposed on Ezekiel Elliott was the biggest he has ever seen. But he’s sure that the conclusion of it had a positive effect on Zeke who after a six-game suspension lost many endorsements. On top of that, his smeared reputation will only push him to go even stronger. 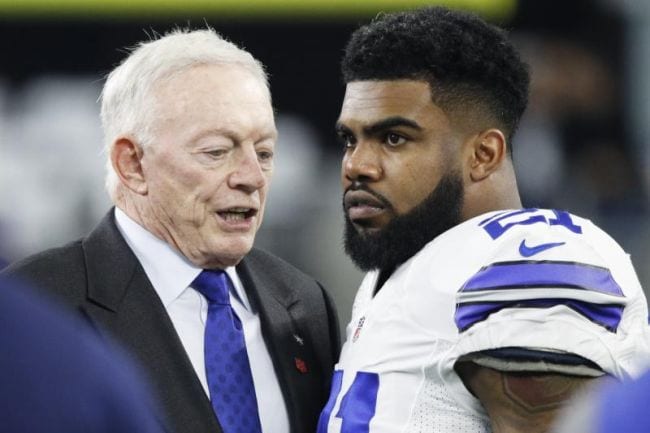 Even half a year after the process was completed reporters still ask Jones about the entire case. So, the owner of the most expensive sports franchise had no choice but to answer when asked again during NFL Combine in Indianapolis: “He’s paid as high a price from the level of … he’s paid the most level of punishment that I’ve seen for what he did. That would make any of us cognizant of the fact that you have serious accountability for any situation that you get into. The more meaningful, and it’s costly, and it’s certainly cost him. He is smart. We should have every reason to believe that that will be a constant reminder when you’re making decisions. I think that’s the case.”

Ezekiel Elliott is one of the most important players on Dallas Cowboys roster, and regardless of his previous issues, team officials still have full faith in him. Last season Cowboys had a 9-7 record, but their score without Elliott was 3-3. With him full-time with the team, 2018 should be a season of the postseason for Big D franchise.