J.C. Penney Company, Inc (NYSE:JCP) reported that its financial results in the fourth quarter improved with smaller loss than the consensus expectations of Wall Street analysts. The stock price of the company climbed more than 25% to $7.47 per share on Thursday.

JC Penney Mike Ullman projected that the retailer will turnaround this year. The company anticipated that its comparable store sales will grow by mid-single digits and its gross margin will “significantly” increase this year. J.C. Penney Company, Inc (NYSE:JCP) estimated that its liquidity will remain at $2billion by the end of the current fiscal year.

Ullman returned to serve as CEO of J.C. Penney Company, Inc (NYSE:JCP) after the ouster of former CEO Ron Johnson whose turnaround strategies failed, which resulted to losses and sales declines. One of the mistakes implemented by Johnson was the removal of sales coupons, which alienated many of the retailer’s customers.

In a preview interview with Bloomberg’s Businessweek, Johnson admitted, “I thought people were just tired of coupons and all this stuff. The reality is all of the couponing we did, there were a certain part of the customers that loved that. They gravitated to stores that competed that way. So our core customer, I think, was much more dependent and enjoyed coupons more than I understood.”

“The most challenging parts of the turnaround are behind us,” said Ullman.

Wells Fargo analyst, Paul Lejuez upgraded his stock rating for the shares of J.C. Penney Company, Inc (NYSE:JCP) from underperform to market perform. According to him, “Investor fears of an imminent large capital raise or a change in corporate structure seems to be off the table in the near term. Management took a more confident tone, giving decent 2014 guidance that featured comp and [gross margin] improvement.”

On the other hand, Goldman Sachs analyst Stephen Grambling commented, “While shares may rally on a better than feared report, we continue to have outstanding concerns.”

Smartstops.net, stock market risk management firm shows that the shares of J.C. Penney Company, Inc (NYSE:JCP) are currently at an elevated risk level. The stock entered its current risk state on December 6 last year when the stock went down to $8.34 per share. Investors who pulled back their investments in the company during is most recent period of elevated risk saved $3.44 per share. 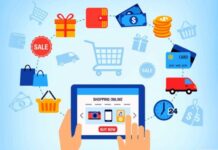 Why It Is Necessary to Monitor Prices? 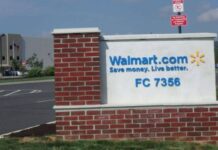