Opptrends 2021
Home Business It Took Six Years For Spotify to Get 10 Million Subscribers but... 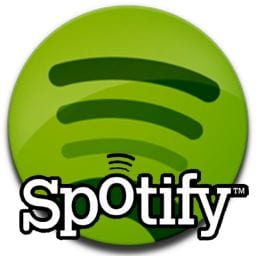 Apple Inc. (NASDAQ: AAPL) has received over 10 million customers since its launch in June last year. Spotify, who are the leaders in this industry, took about six years to achieve this. Apple has undoubtedly enjoyed a fast growth in the number of subscribers, and one of the main reasons behind this is the three-month free trial.

It is also worthy to note that Apple didn’t have to deal with lots of lengthy negotiations with major labels to join the US market though it had some nagging issue during its launch. Their enormous marketing power and a large customer basis also played a critical role in their fast growth.

Apple currently has over 10 million paid subscribers in over 100-plus countries where their service is available. This means Apple has about half as many subscribers as Spotify, who closed the 20 million premium subscriber in June.

Spotify has yet to update this figure since then though the company’s head of PR, Jonathan Prince noted that the last half of 2015 saw the highest number of subscriber growth in Spotify’s history. He also stated that Spotify customers grew by over 5 million subscribers in the first months of 2015. This would mean that currently Spotify has over 25 million subscribers.

It is good news that Apple is making streaming work though analyst suggests that an increase in streaming will ultimately result in reduced downloads. For instance in the US, the total sale of the album fell by about 9%, and Sale of the individual track also declined by about 12% during 2014. This period had about a 50% increase in demand for streaming and about 164 songs were streamed.

Mark Mulligan predicts that Apple will achieve over 20 million total users by the end of 2016. With this pace, Apple could soon be the largest streaming music service in 2017 if Spotify maintains its current growth rate.

Both Spotify and Apple music usually cost $ 9.99 per month though Apple Inc. (NASDAQ:AAPL)’s iOS subscribers who subscribe for Spotify through iTunes have to pay $12.99 monthly to cover the controversial cut of App store proceeds.