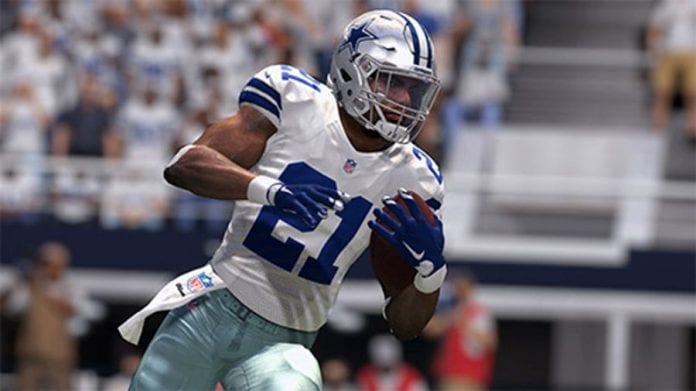 It was Ezekiel Elliott who led the league in rushing last year as a rookie. He didn’t even need that final game of the year and he was still by far the best running back in the league if we are only looking at his stats. There is no doubt that he is going to be good again this year. The offensive line is still in tact, probably the best in the league, while Elliot is going to enter his prime really soon.

But, the new Madden game actually doesn’t have him in the Top 3 when it comes to the rating that running backs received. He is going to be rated 90 overall, which is only fifth best when it comes to the players that play the same position that he does. When you look at the ranking at face value, you might think that this is a great overall that Elliott has. But, when you dig a bit deeper, you will start questioning whether or not his rating is a bit too low.

In our opinion it is. Maybe they wanted to rate him just a bit lower than they should have so the game would be more balanced as the Cowboys already have three offensive linemen that will have over 93 overall. But, when you look at what he has done last year and the probability that he is going to repeat the similar numbers in 2017, you can help but wonder why are there four running backs that are ranked higher than Elliott in the new Madden 18 game.