Opptrends 2022
Home Cars Is Dodge Coming Out With an Electric Car? Here’s the Answer

In the last few years, the popularity of electric vehicles has jumped by incredible percentages. This is due to the amazing performance that these cars show on the field. Motoring enthusiasts, who tested one of these vehicles for the first time, say they would never go back to a diesel-powered vehicle again. There are several reasons why drivers prefer to use a hybrid, and some of the advantages that an electric car has are:

1. It pollutes the environment less

People are becoming more and more aware of the state of the environment, and they try in every possible way to contribute to its improvement. The first reason why you would choose an electric car is that these cars do not emit harmful gases and particles that further pollute the air. Some research say that transport is one of the biggest polluters on this planet. To preserve it and keep it in the green zone, we must come to our senses and make changes that would have a great effect on the future. One of those changes is to change or replace the means of transport with another that is more environmentally friendly.

The second reason why people prefer to drive a hybrid model is that these vehicles are more economical for their pockets. Unlike diesel cars, which are too often prone to breakdowns, this problem does not occur with electric cars. Or even if there is a situation for a breakdown, it would cost you much less. Fuel-driven motor vehicles require frequent engine filter changes, regular oil changes, brakes wear much faster, the battery needs to be changed frequently, and so on. These are huge monetary costs that not everyone can afford. So people opt for a better alternative.

We are aware of the current inflation that has affected the whole world. The prices of derivatives are constantly rising, and we would not see a price drop anytime soon. This kind of situation has made people focus on replacing the fuel-driven vehicle with a more economical vehicles. So they decided to buy an electric car, which can save up to several thousand dollars annually.

Many companies in the automotive industry have begun to follow this trend of producing economical vehicles, the demand for which has surprisingly increased. They wanted to meet their customers and present them with the best electric models in the industry. However, fans of the Dodge brand wonder if this company would soon come out with its own hybrid model and present it to its consumers. Lovers of the Dodge brand are eagerly waiting for news on this topic. We tried to do a little more research and find out if you are in for a pleasant surprise and great news soon. So we came to the following information. The statement that was made by the PR team of the company, in the period of the end of last year, is that they have already started the full design of their electric model and that its production and sales would only start in 2024. This news has brought positive feedback to the fans of the Dodge brand, and they have already started making savings to invest in this new model.

What features and performance would the new hybrid offer, and what could fanatics of this brand expect?

What they were able to reveal to us, and at the same time that would satisfy the curiosity and uncertainty of consumers, is the following information:

The video that was published on their official site, as well as on social networks, allowed us to take a peek at the design of this model that would come out within two years, more or less. What we could glimpse from the video itself is the blacked-out front of the car. But in these few short sneak peek seconds, we could notice or assume that they are focused on making the look of the hybrid in the style of the 60s or 70s. This is an incredible fact because so far such a hybrid model with a retro style has not been presented to the public.

Like the previous models that were produced in the factories of the Dodge brand, the future models bring incredible performance to those who would sit behind the wheel. We know that previous fuel-led models have had powerful V8 engines with high horsepower, but not to disappoint their followers, they have announced that the new electric model expected in 2024 will be a beast. They assure their fans that EV performance would be much better than diesel engines.

Why is it taking them so long to introduce this eMuscle model? Because all this time together with their co-parent company, they are working on a platform that would give amazing results for their users. More good news that came out of the announcement is that the final product uses incredibly advanced technology that allows us to enjoy drives that would last up to 500 miles. Sounds great, doesn’t it? They are dedicated to providing buyers with a more efficient and economical vehicle that at the same time has amazing design and power.

Two years can be a very long time for those who would like to test drive Dodge’s new hybrid model. If you are a person who does not want to wait so long to buy a new product from this company, then we highly recommend you to look at the electric vehicles offered at swanswaygarages.com. With 50 years of experience in selling vehicles on the market, and 8 brands of vehicles on offer, this is the right place to find your ideal electric car. If you like one of the models presented on the website, you are free to schedule a test drive and try the model out in the field. You also have additional information about the maintenance of these vehicles as well as the average costs you would have to own the electric product.

We hope that while we wait for the eMuscle to be unveiled and released and to witness its performances, we hope that in the meantime you’ll find your favorite at the link above. Take advantage of the free test drive and you will see that once you sit in an electric model, you will not want to exchange it for another car. 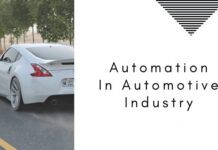 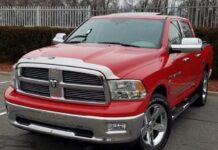 How to Ensure Max Performance of Your Dodge Ram 1500 Hemi 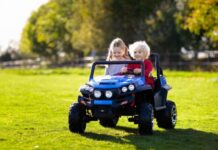